There’s almost no limit to the range of wonderful recipes using Octopus.  Today’s lunch is the third one I’ve tried in the past three days, and perhaps the most delicious. 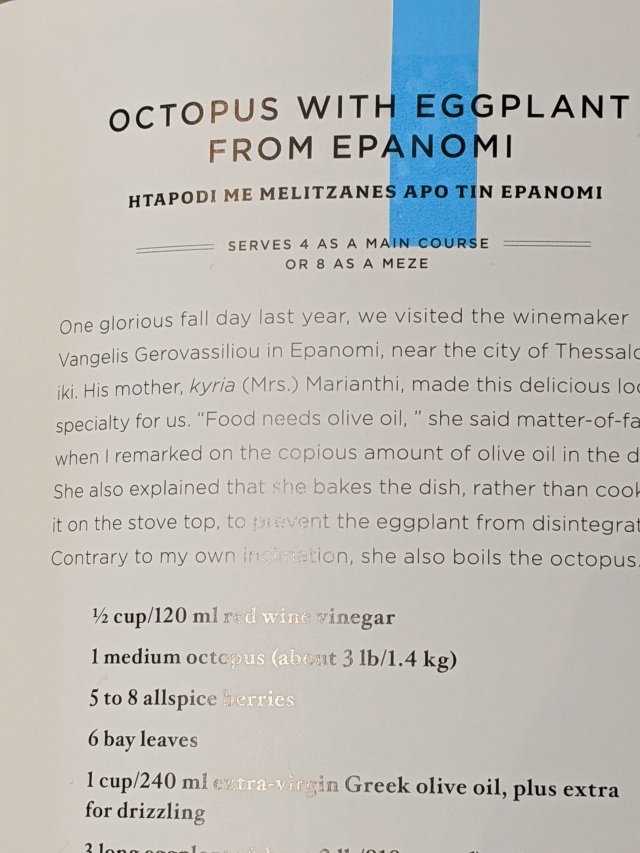 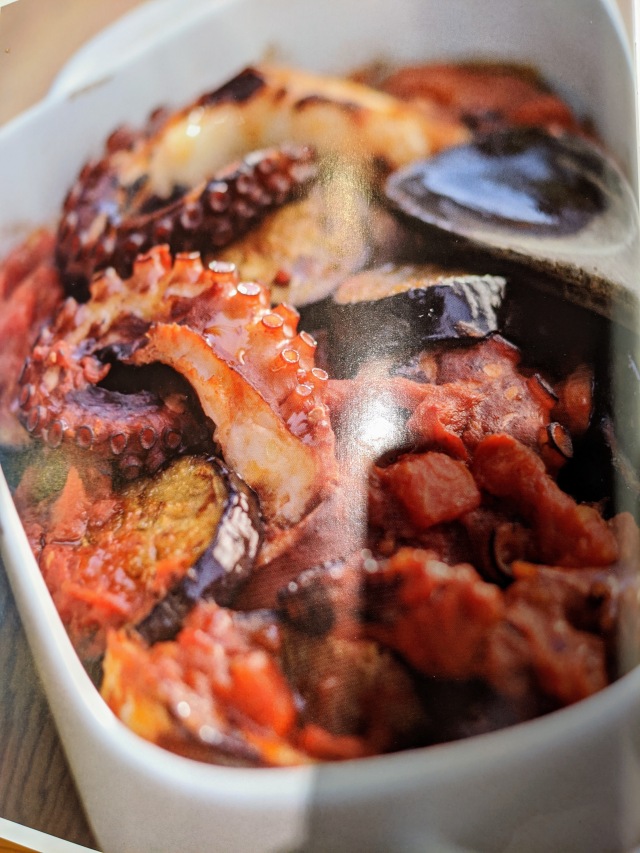 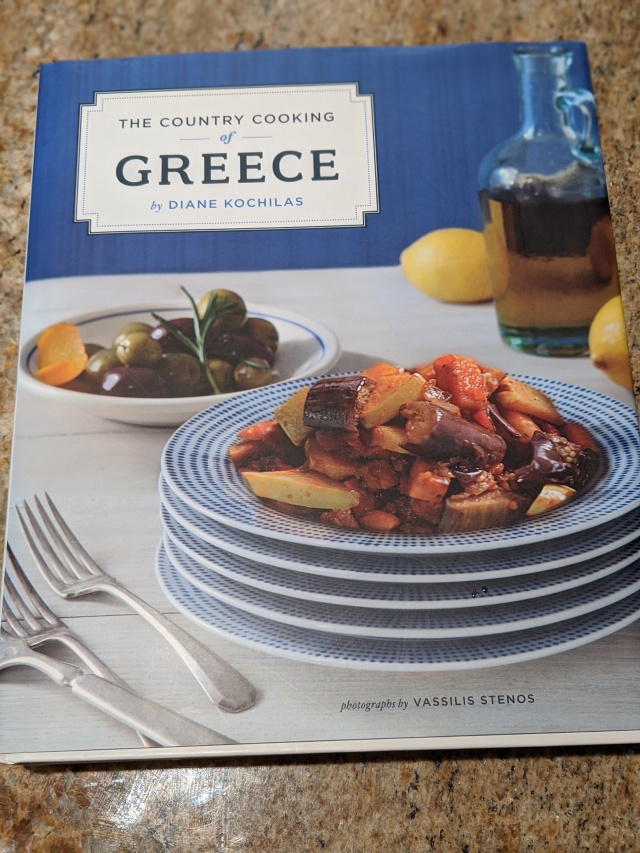 This recipe is from The Country Cooking of Greece, by Diane Kochilas.  She describes a dish of Octopus with Eggplant from Epanomi, near Thessaloniki.  I won’t give the full recipe because I already had cooked the octopus, so I’ll just give you the essence of the final dish.

Last weekend we made pizza, so we had some leftover toppings, as usual.  I had cut up a medium eggplant, and had roasted the pieces in the oven so they were tender, but not quite fully-cooked (which would take place on the pizza, when that was in the oven).  We had three slices remaining in that mostly-done condition.

Two days later I cooked a 3.5 lb. Spanish octopus, and that was marinating in the citrus-herb infused olive oil ever since.  All I needed to create a small version of this recipe was a grated fresh tomato, a Greek bay leaf, a baking dish, and a 350° F. oven, all readily available.  The dish encouraged liberal use of olive oil, so I used the marinade freely.

Here’s how it looked in the gratin dish, and then on the plate: 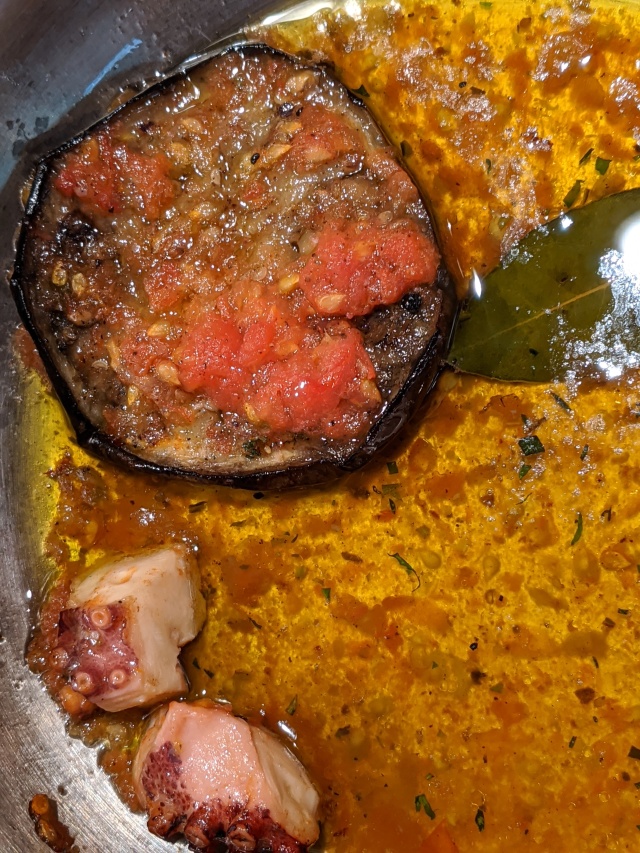 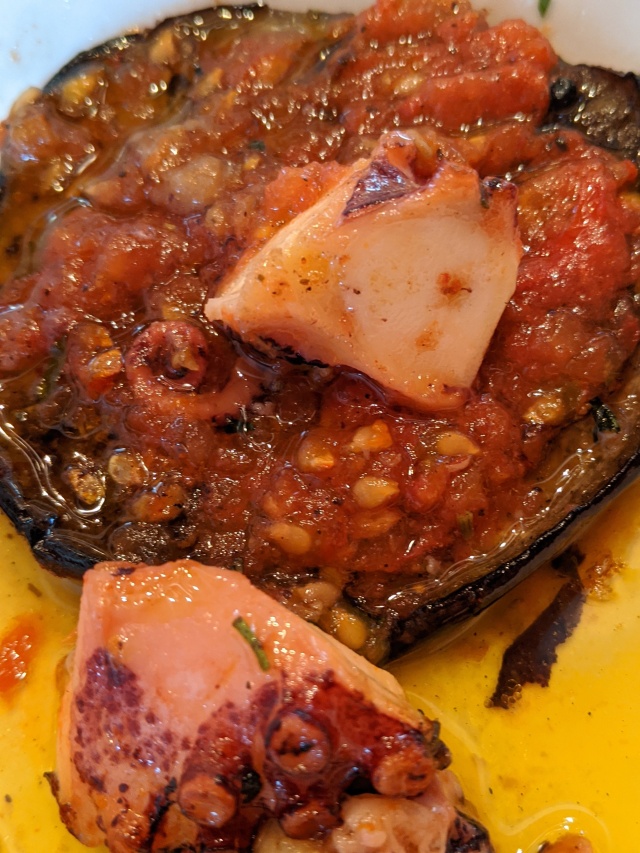 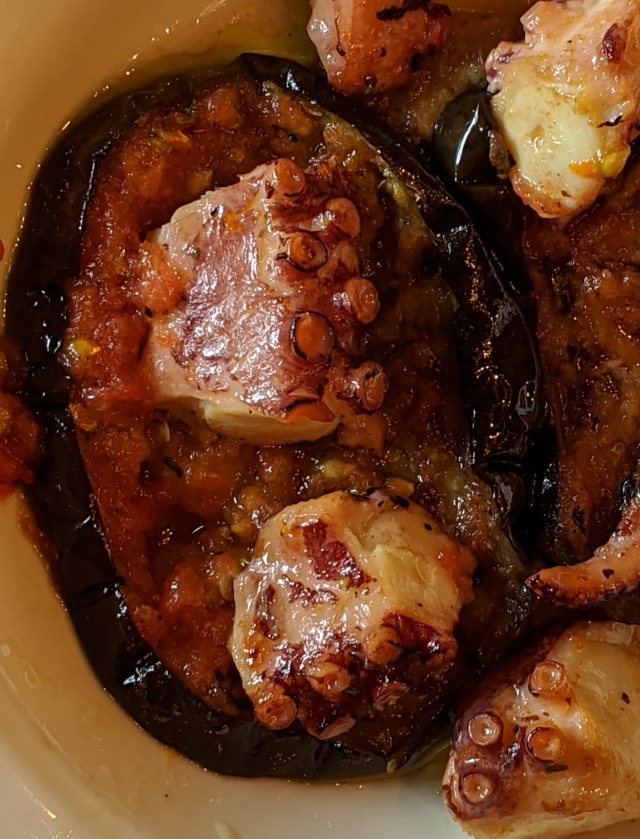 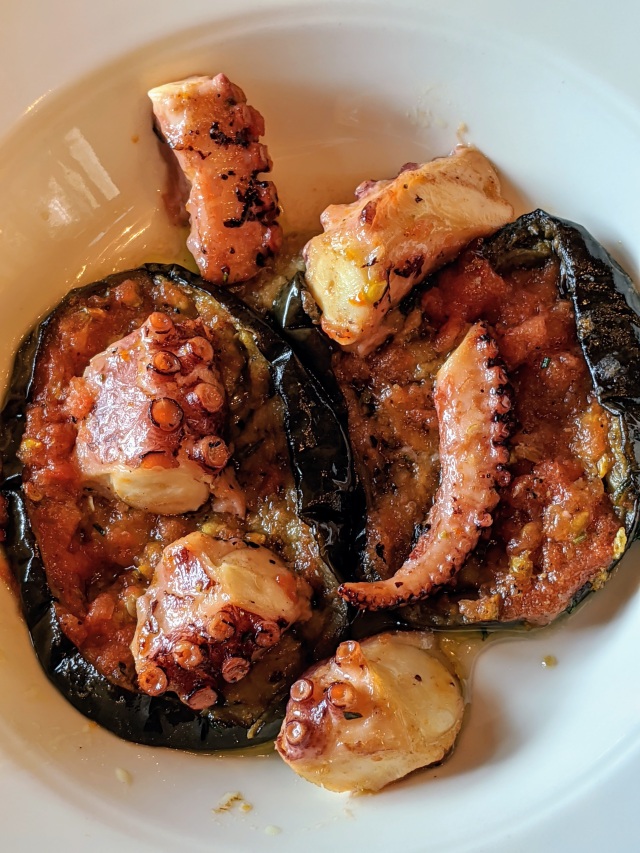 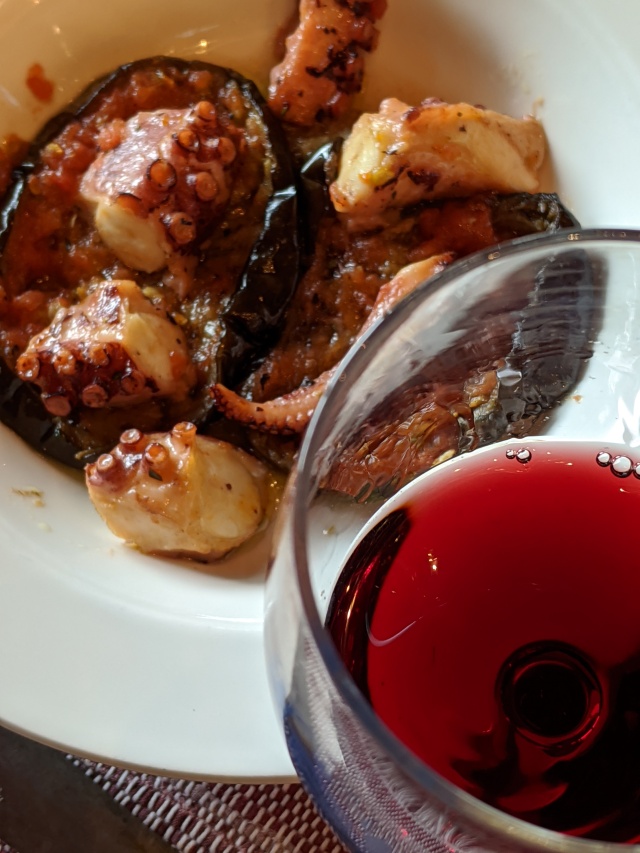 My friend, Dean, had come over briefly yesterday and had left me a gift (at 10 feet away) of a red wine, a Montepulciano d’Abruzzo, which splendidly complemented the rich flavors.  Thank you, Dean!! 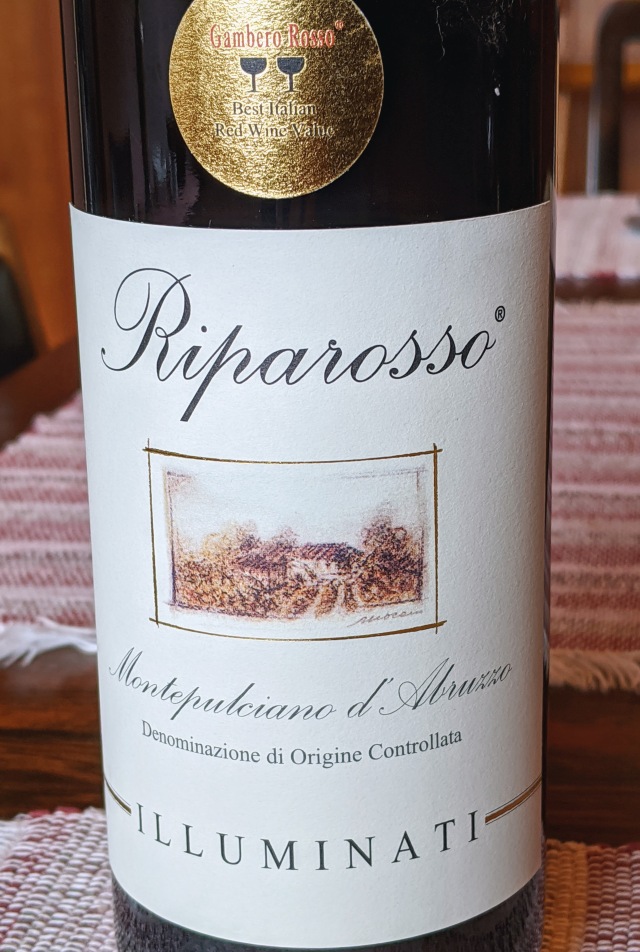 This entry was posted in Food, Greek food, Wine and tagged Octopus. Bookmark the permalink.