I found a nice, fresh, clean-looking head of escarole in the market a few days ago, so while Barbara was off at a quilting workshop on Saturday, I decided to create a new, healthful soup with some of my favorite ingredients:

The forecast for the day was for snow “showers”.  The reality was quite different.  It was snowing heavily as I puttered around the kitchen and gazed at the thick flakes outside the kitchen window.  It was even more dramatic out in the meadow.  Time for a hearty soup.

Returning to the cutting board and the stove top, I pre-cooked the beans in my new crockery casserole for about 2 hours, then salted and cooled them, finally removing them to another bowl.  Starting on the soup, I sautéed the onion in the casserole pot in 3 Tbs. of olive oil.  When the pieces were light brown, I added the escarole and cooked until it was just tender.  Next, added the rice and the beans, got them coated in oil, and finally added all the vegetable stock and salted to taste. 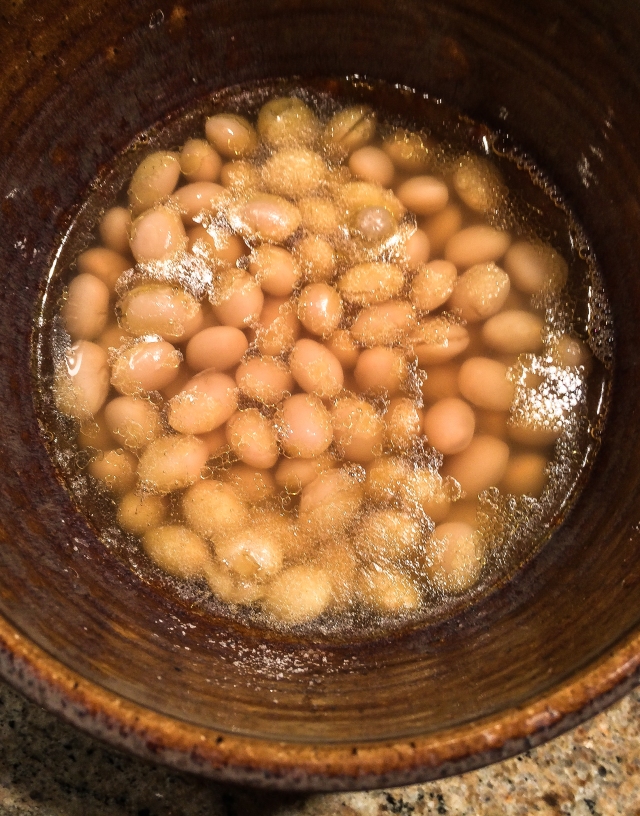 I let it all simmer for about 30 minutes partly-covered.  While that was happening, I was getting hungry, so I noshed on leftovers from the past few days, checking the soup along the way.  It certainly looked good in the pot. 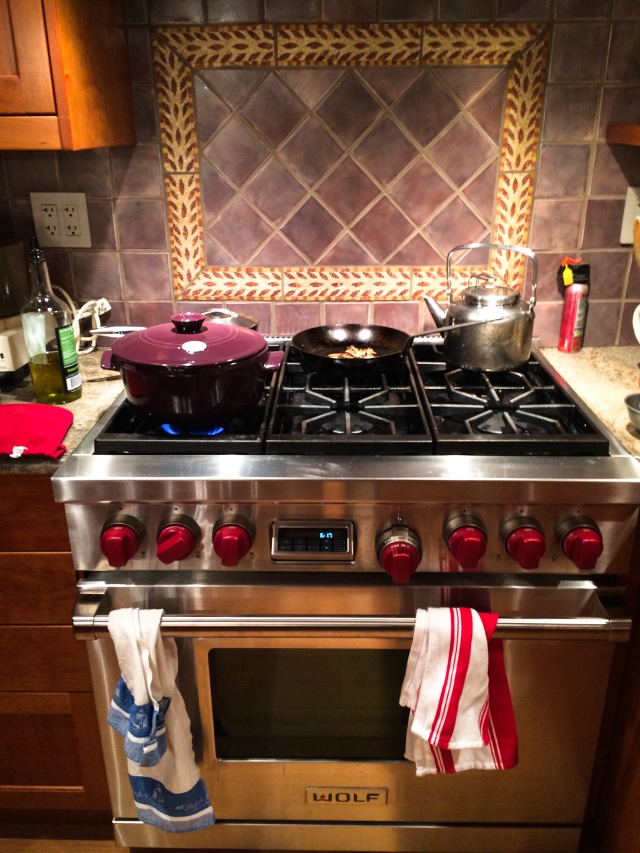 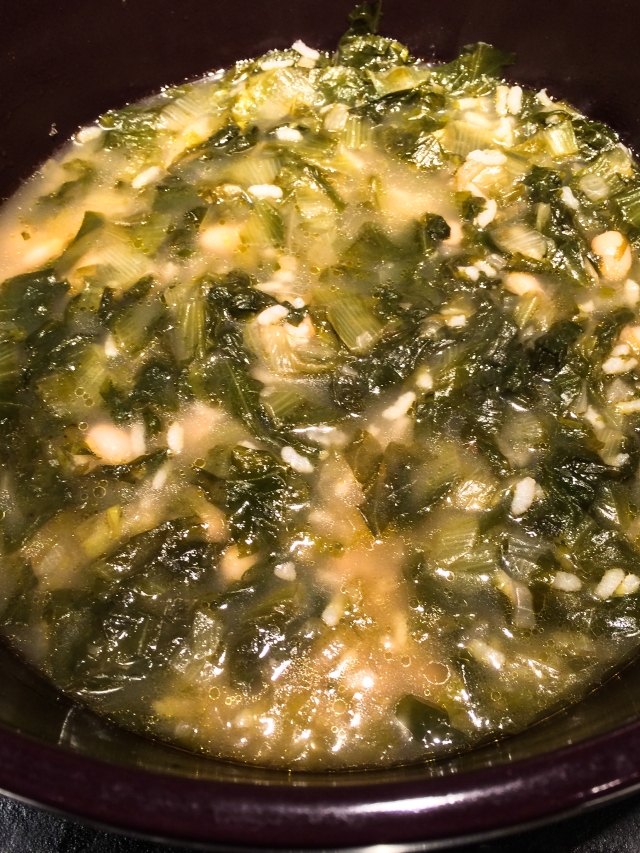 Now, as the soup was getting close to done, I found another diversion.  Did you ever put mushrooms loose in a paper bag in the refrigerator,  then forget about them for a week or two?  Well, while pulling out of that refrigerator ingredients for the soup, I came across that paper bag with four lovely small Shitakes in it.  Lovely, but now quite dried .  So before I did any of the previous steps, I covered the Shitakes in warm water, weighed them down to keep submerged, and was able to retrieve them two hours later, reconstituted and ready to cook.  Saving the warm water broth they were soaked in, I dried the mushrooms with paper towel, and sautéed them in olive oil for later use.  I actually added the soaking water to the soup pot along with the stock, to make up the full recipe of a quart and a half, or 6 cups of liquid. 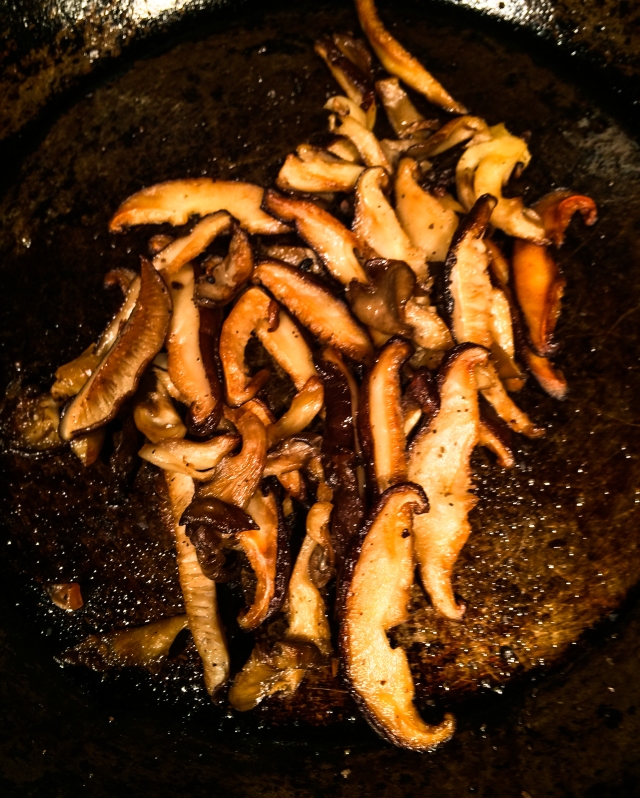 Interestingly, I saved these for the next day and added them to the soup in my bowl, with excellent results.  But for this meal, I ladled the soup into a pasta bowl and added some homemade croutons, toasted in the oven earlier in the week from a Tuscan pane we like.  My choice of wine surprised me.  I had two whites open, one from the Loire (le Fief du Breil) and one from Campania (Coda di Volpe).  I enjoyed the Muscadet more with it.