My wife reads a lot of books.  She enjoys watching British movies and period pieces.  And she is a very good cook.  Last night those elements all came together in a terrific dinner.

Several months ago, she read The Guernsey Literary and Potato Peel Pie Society. Not long after that, we watched the movie on Netflix.  It’s a fascinating story of how the residents of this small location in the British Channel Islands managed to cope with the bitter German occupation during WW II.   The stories inspired Barbara to invent a vegetarian dish which we named after the title of the book.  It’s actually similar to some layered potato casseroles or Strata, characteristic of Liguria, and it tastes extremely good.

We’ve had it twice now, and I want to share it with you.  The main ingredients are potatoes, chopped greens (any combination of spinach, Swiss Chard, and kale), Parmesan cheese, and homemade dried breadcrumbs.  Here’s the finished product after we had two servings each for dinner: 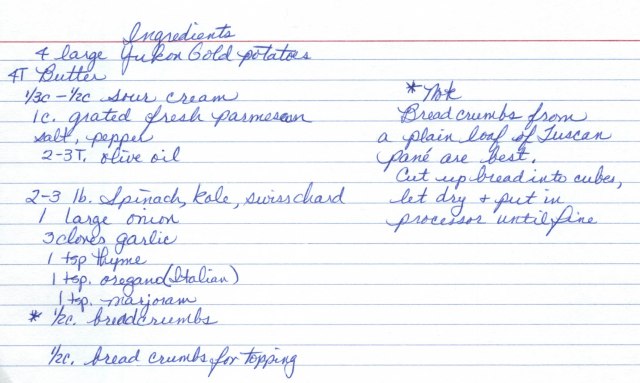 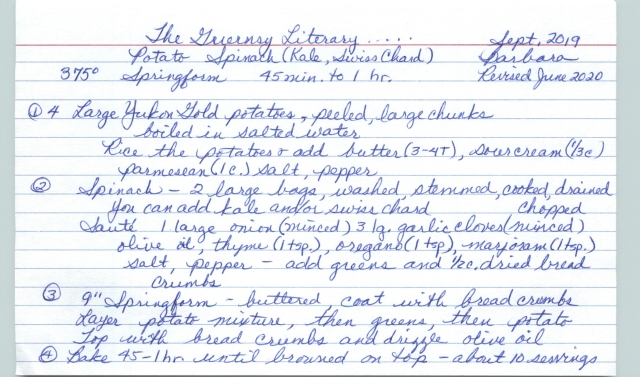 For my wine I chose a medium-bodied Spanish red from Montsant, 2018 La Selección.  It’s a delicious blend of Garnacha Tinta,  Macabeo,  Cariñena,  and Garnacha Blanca grapes. 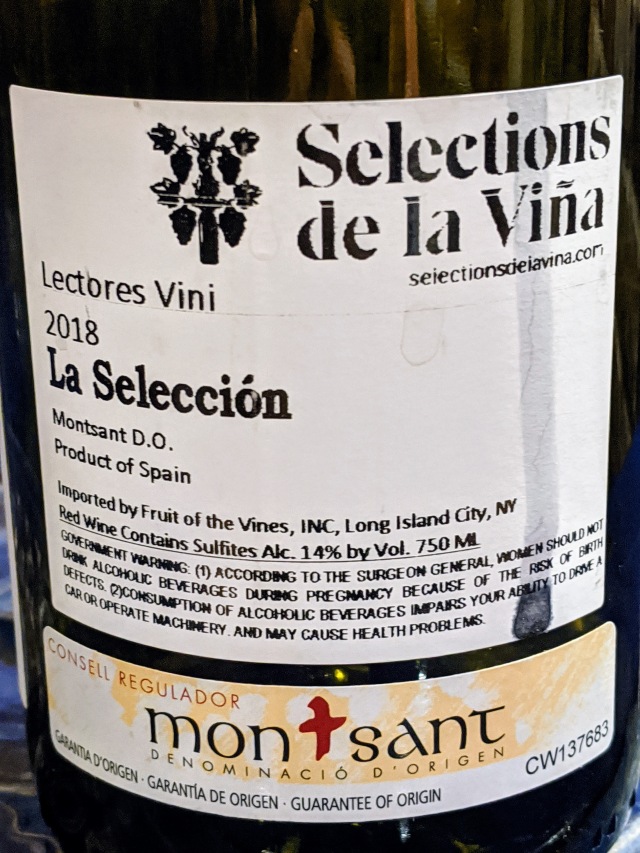 This entry was posted in Food, Vegetarian, Wine. Bookmark the permalink.