Back in May I discovered a marvelous, healthful legume — Chana Dal — and made a fine meal with it.  Tonight I made it again, with three new twists:

Here’s the recipe for the Butternut Squash Chips from Food52, and the photo of mine: 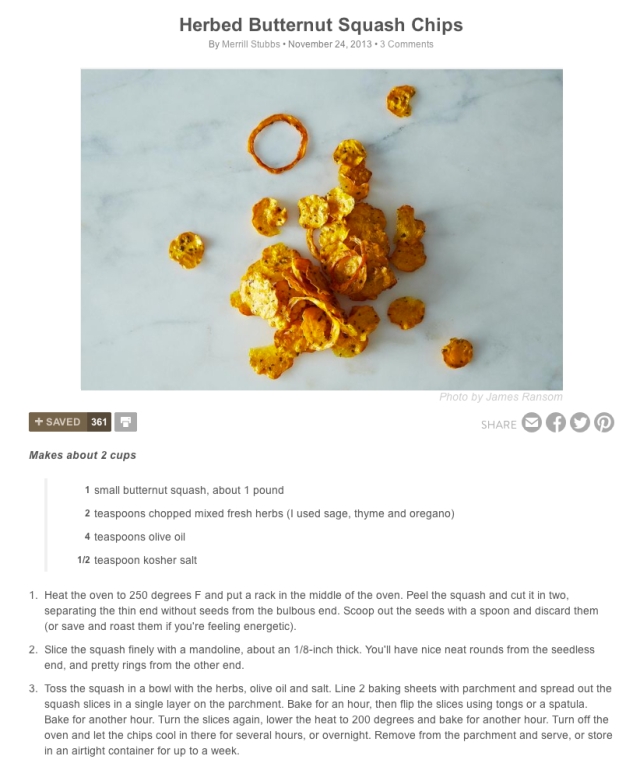 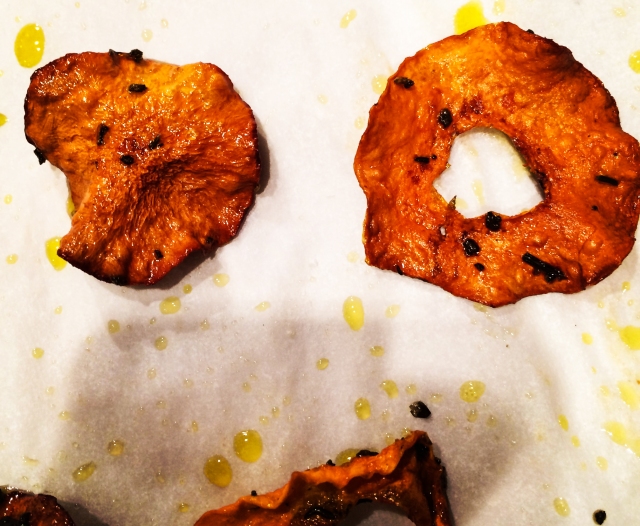 A word of warning: I found that the chips needed a lot less time in the oven than called for in the recipe.  They were slightly overdone at 1 hour and 45 minutes, so be careful when you make it.  I used fresh Provencal thyme and sage from my garden, plus some Italian dried oregano for the herbs.

The Chana Dal followed the recipe in the video from Mark Bittman and Julie Sahni, and it worked beautifully.  I added more water than called for, so the dish was a little soupy, but that was no problem.  The silky texture of the cooked dal with the tarka added is evident in this closeup of the pot: 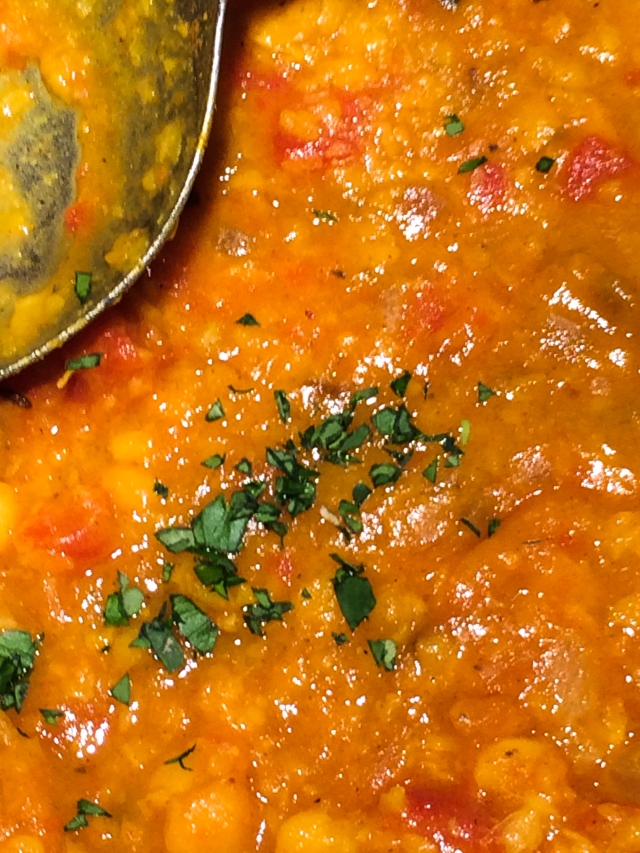 One other addition was some steamed baby spinach, which added rich color contrast and good vegetable flavors.  Here are the servings (Barbara chose to make a moat of the rice and barley). 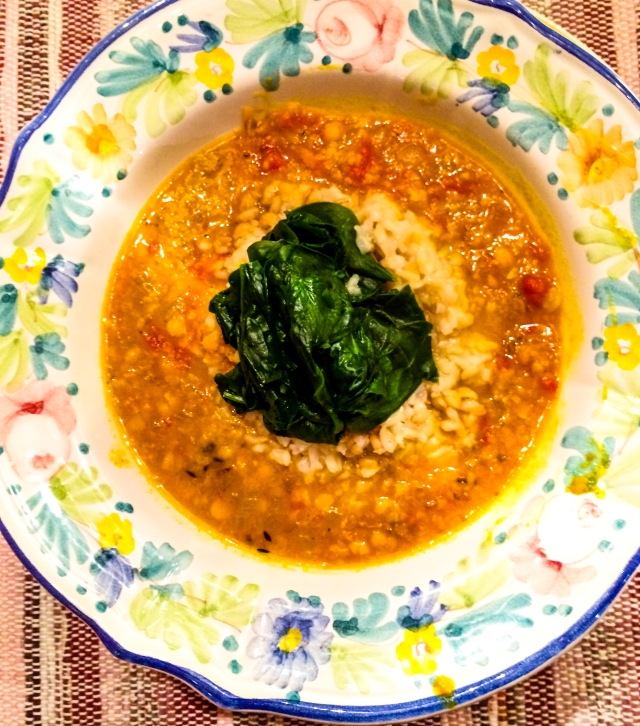 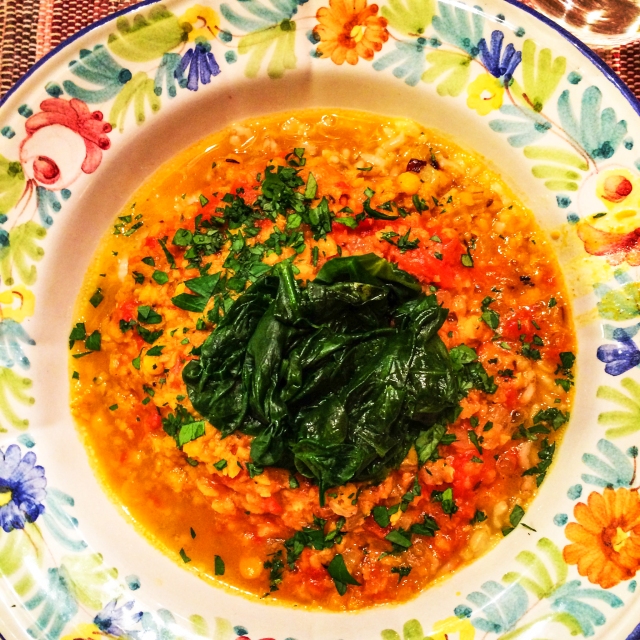 The Gewürztraminer was a spicy, rich, unctuous partner to the meal — befitting its stature as a very fine 26-year old wine.  I have a few more in the cellar, and I believe they will last as least as long as I do. 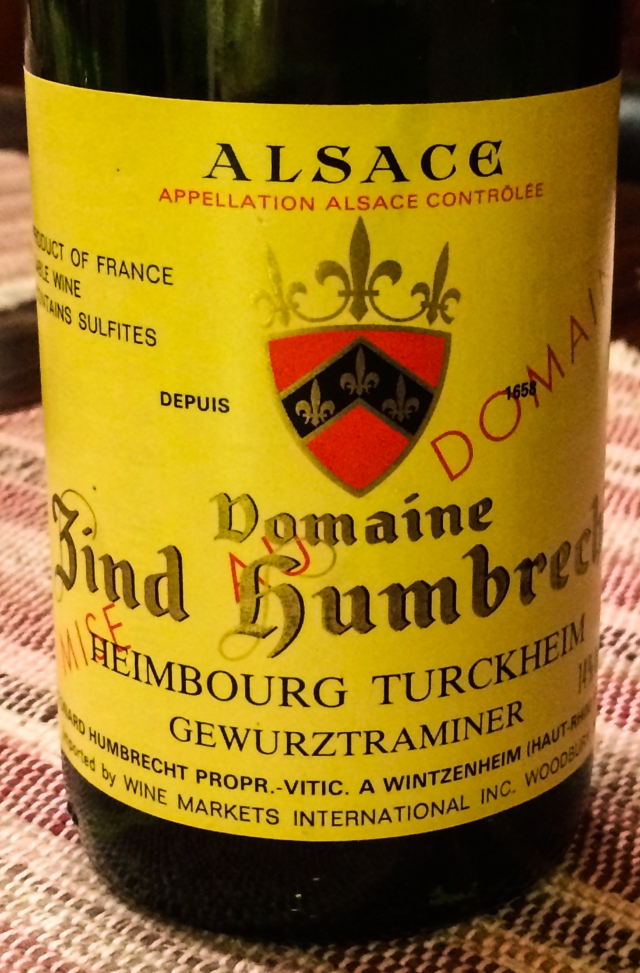