A few nights ago I made dinner for the first time in a week.  It was one of my favorite ways to cook.  Select very good ingredients; prepare each in a way that highlights its best features; then put the pieces together into an effective whole.  I have no pictures of this event, but here’s a summary:

Pre-roasting or pan searing those ingredients individually paid off handsomely in flavor.  Adding a little thyme, oregano and pimenton to the ragout helped as well.

But that dinner is not the subject of this post.  I give you all that information only as a prelude, to say that’s how I happened to have some leftover ragout in the refrigerator today, which became a simple lunch of discovery.

First, I coarsely chopped the vegetables in the ragout, and then spruced them up with some salted capers which were marinated overnight in olive oil.  Then I grilled some thick slices of a multigrain bread I made recently (whole wheat, semolina flour, einkorn, rye and white bread flour).  Rubbed fresh garlic on the toasted bread.  Added a layer of Cream of Peppers and Eggplant (purchased at Di Palo in NY).  Layered the ragout on top. Served with a wine I found at one of my wine suppliers last week, a 2009 Vid Sur, made in the Canary Islands from Tinto Negramoll grapes, imported by Jose Pastor.  Benissimo. 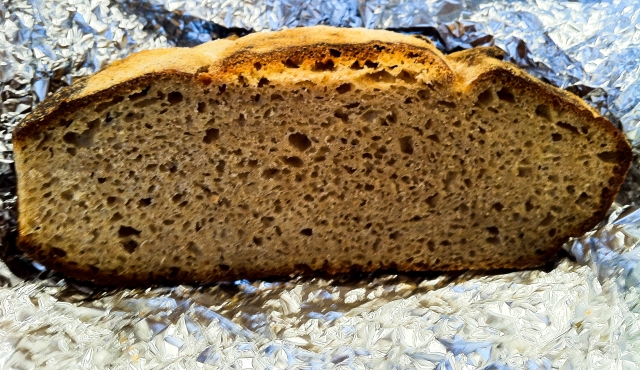 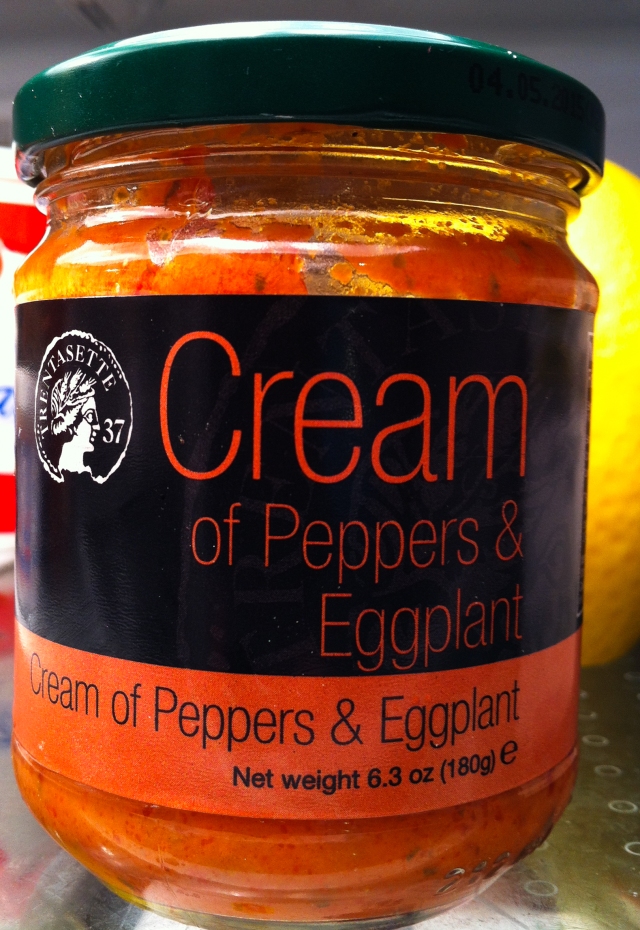 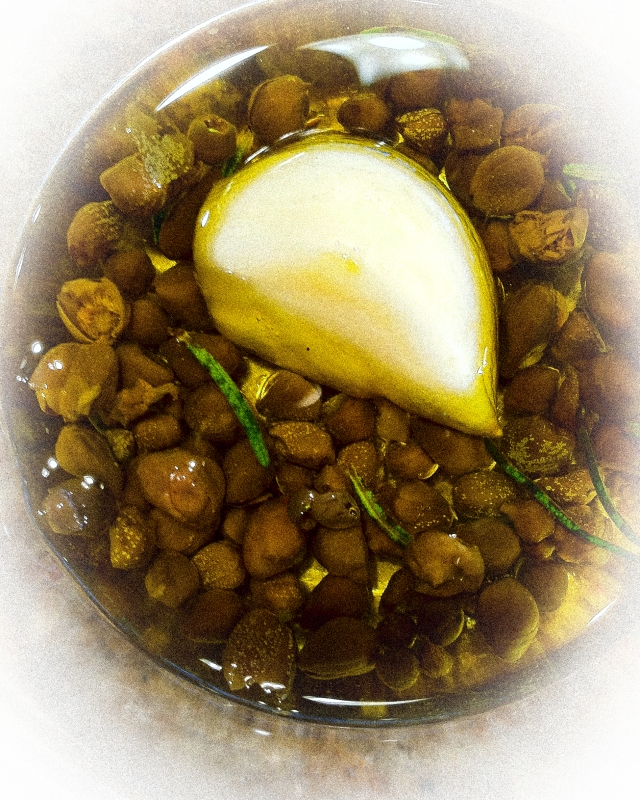 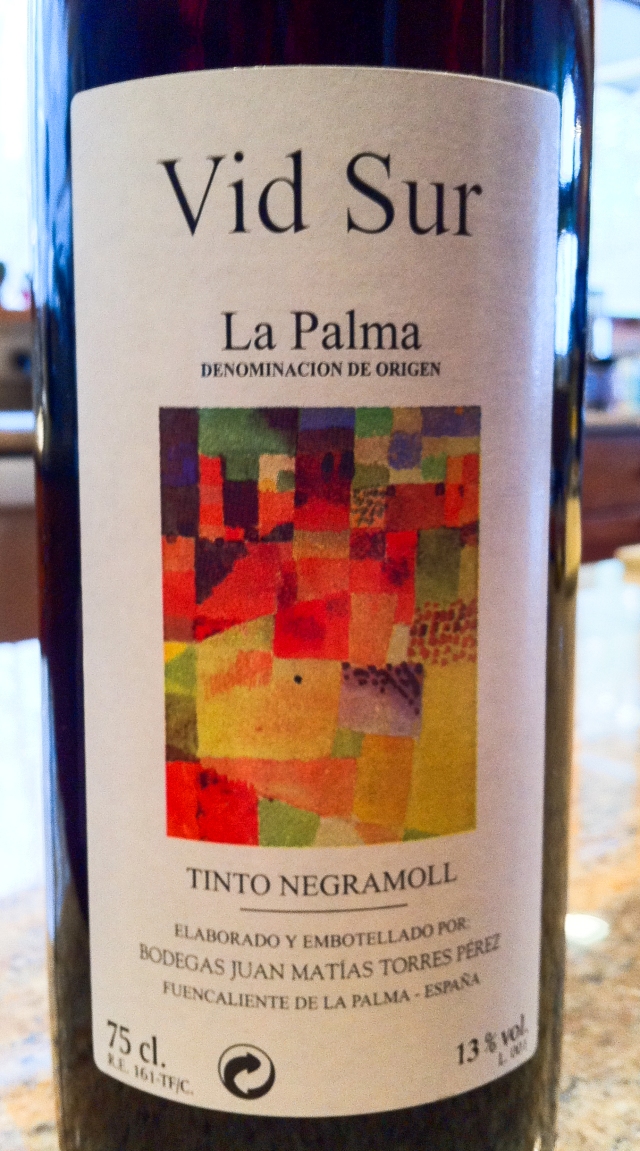