This may not be a nationally-recognized celebration, but it is in my kitchen.  I experimented a few times with ramps (essentially a wild leek, available about three weeks a year) eight or ten years ago, but had little culinary success.  Then I met Pickled Ramps as done by Mike Anthony, the talented Chef at Gramercy Tavern, and I’ve been a fan of these little wonders ever since.  I’ve written before about how well they go with a good Negroni, for example. 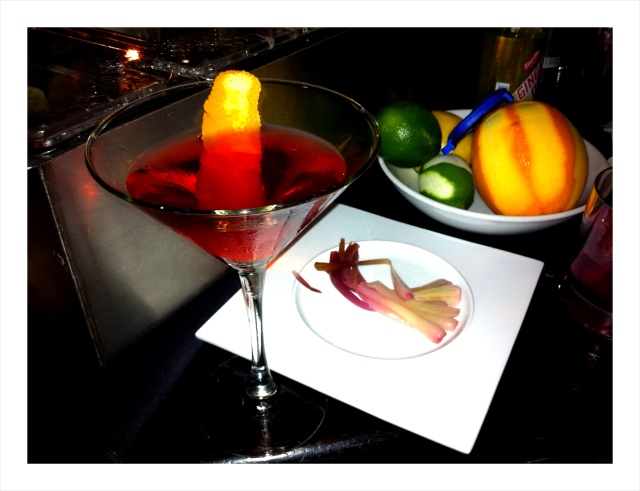 But until yesterday, I had never pickled them myself (although on rare occasions, I myself have been pickled).  On Thursday I found some beautiful fresh ramps on sale at Russo’s, so I bought three bunches.  After discovering at least seven different recipes online (among them is one from Chef Anthony), I studied the common and different elements, and then selected an approach that seemed appropriate. 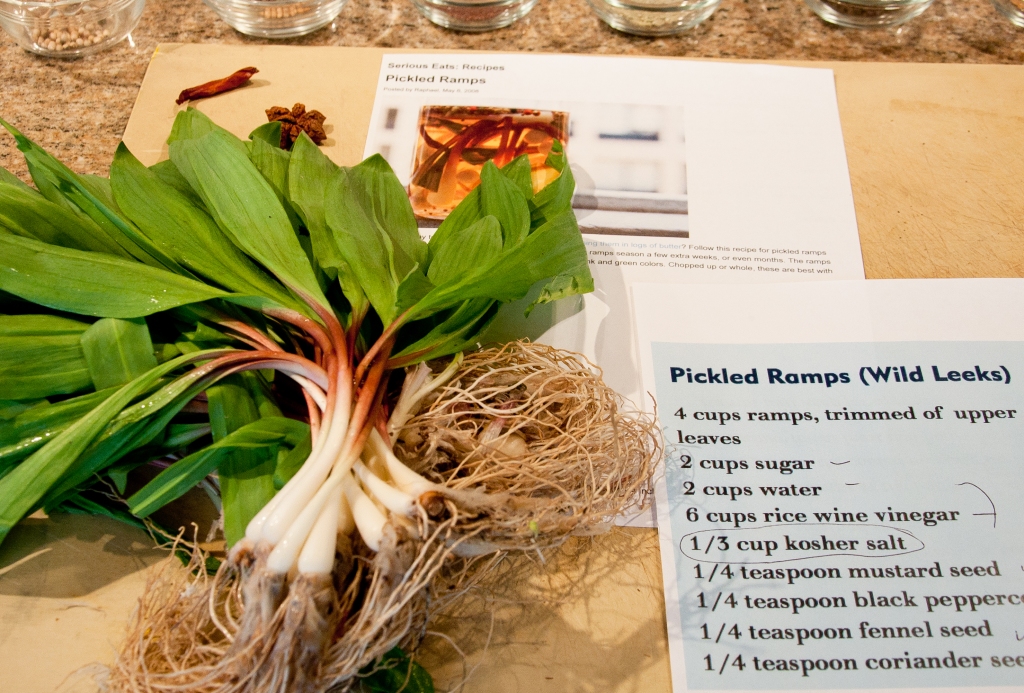 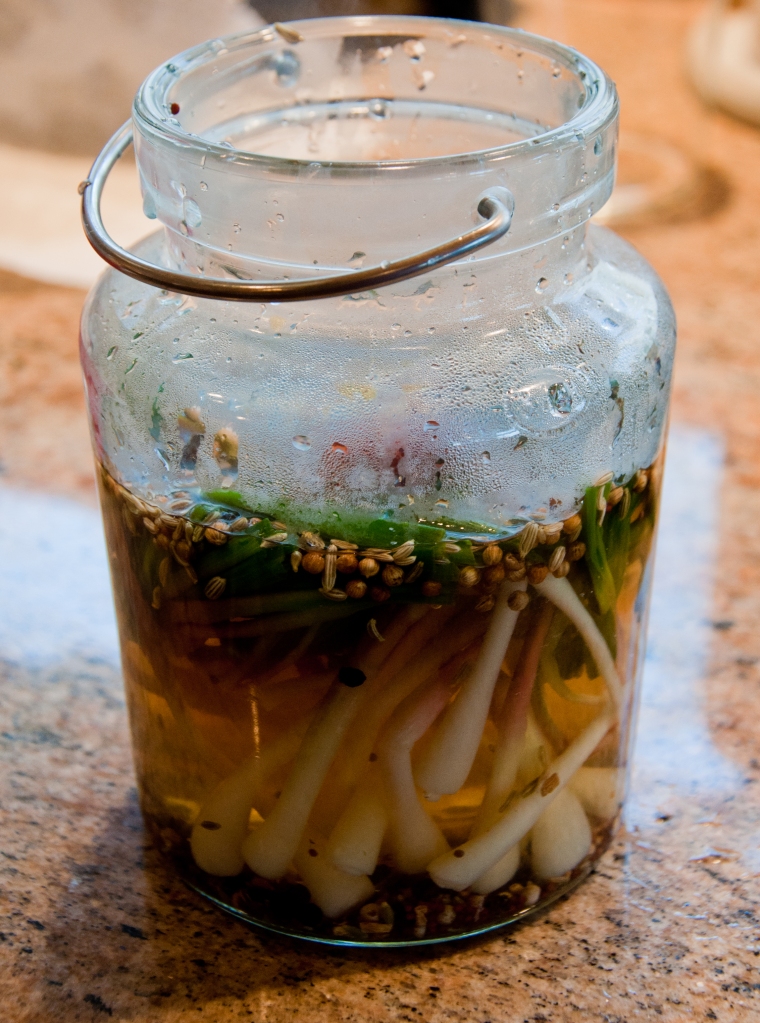 The process goes quickly.  Even at my usual, slow and meticulous pace (so as not to ruin the hard-to-find principal ingredient), it took less than an hour.  Results: Good.  Analysis and critique: modify the vinegar choices and drop the star anise, to lighten the flavors a little.  All the recipes suggest large quantities of vinegar, and the best choice may well be rice vinegar, although plain white vinegar and red wine vinegars were recommended, too.  Since I did not want to use all the rice vinegar we had, I decided to use 1/2 rice vinegar and 1/2 organic apple cider vinegar (which has been a great digestive aid for us the past two years).  While this combination worked, the flavors were a bit too full to my taste, and the otherwise uncalled-for addition of an especially fragrant star anise I bought in a street market in Shanghai, also pushed the flavor a bit too far.  So next time, I’ll try a lighter touch.

I did do one other thing right.  That was to reserve a bunch of the ramps before pickling to use in a pasta dish.  Inspired by this recipe from Babbo by way of Serious Eats, I created a simple Spring dish for last night’s dinner.  It featured:

This entry was posted in Food, Vegan. Bookmark the permalink.