I don’t eat a lot of salads, but last week I had four different (and quite delicious) ones. It started late in the week, when I was cleaning out a closet holding my dried beans stash, along with packs of Polaroid film that went out-of-date 20 years ago. (It’s an eclectic collection.)

I try to keep my beans fresher than THAT, but sometimes they get away from me. While I was reviewing what was on the shelves, I came across three 1 lb. packages of dried Italian Royal Corona beans. I figured I should cook one of them, so I went through the usual ritual:

Here are some of the beans selected:

The following day I decided to make some bean salads — two salads with Corona beans, and since Barbara prefers other beans, I made one for her with black beans plus an heirloom Rancho Gordo beans from Mexico.  Since this appeared to be salad day, I discovered that she had made a salad, too.  This was the famous Claremont Salad, a signature dish in the high-end Claremont Diner in Verona, NJ, in the 1950’s.  Her version consisted of cucumber, cabbage, carrots, and onion, pickled in a slightly-sweet vinegar dressing.  (She eschews pepper, and forgot the celery vs. the original recipe.) 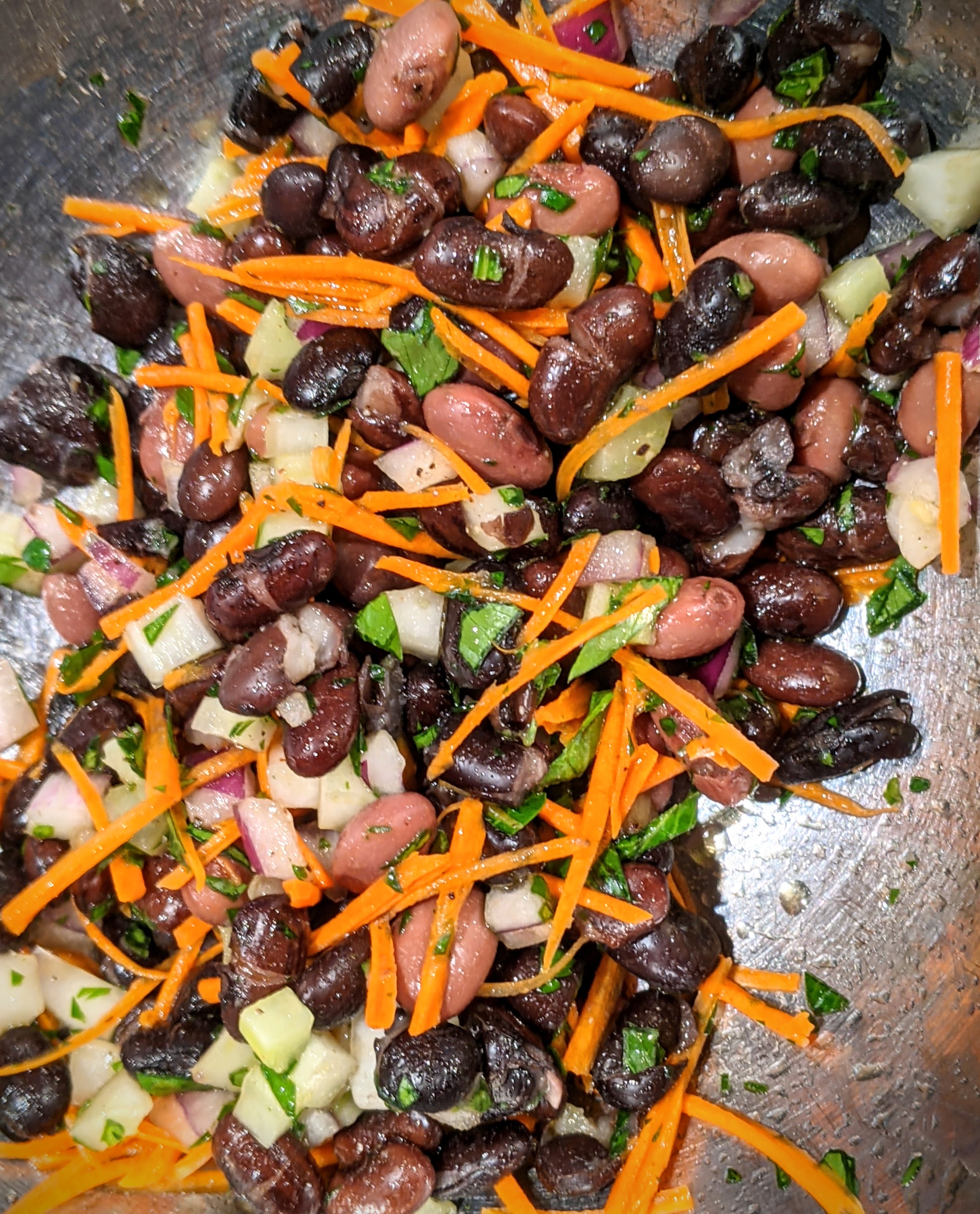 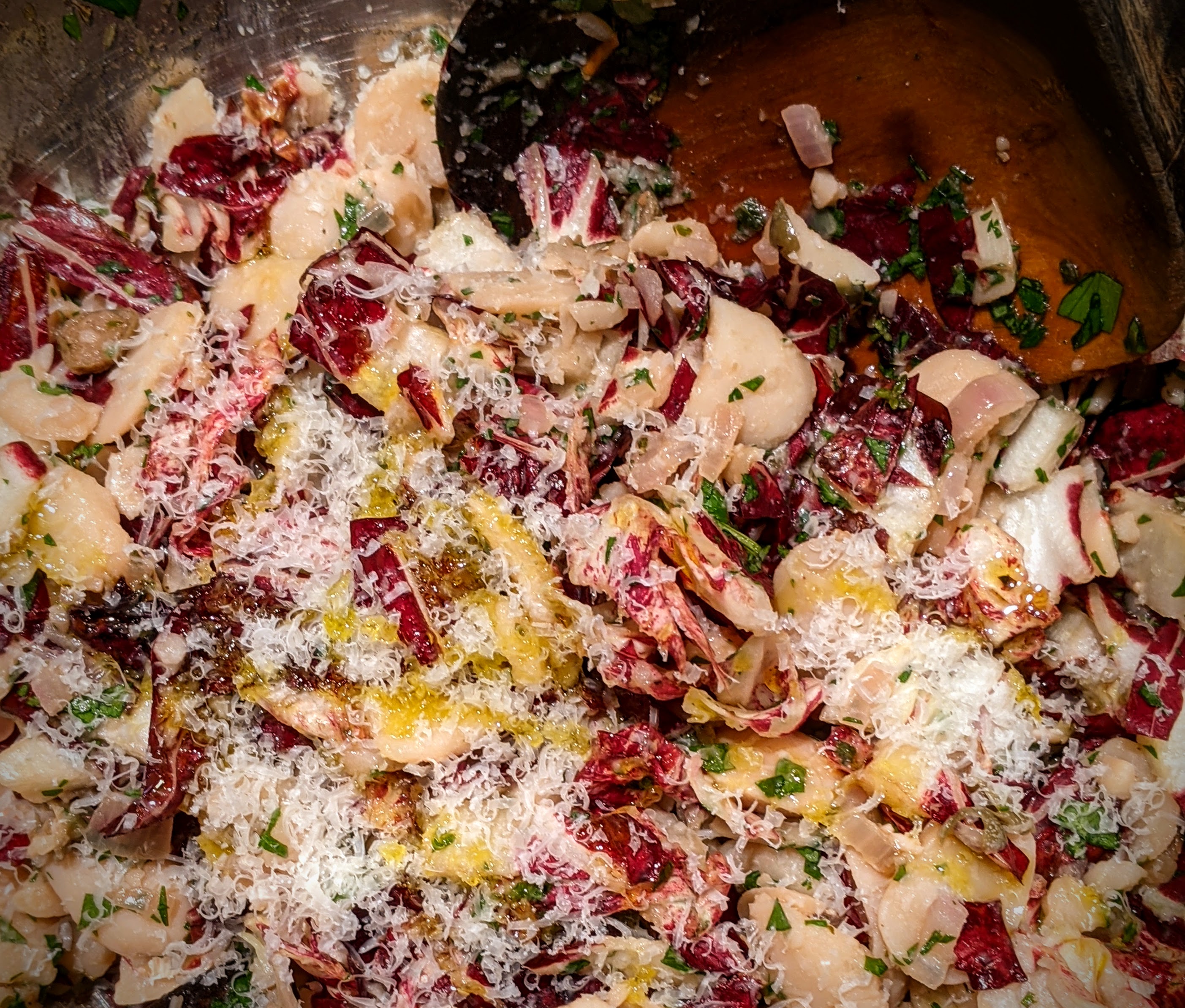 When we were all done, here is what three of the four salads looked like in my lunch plate. 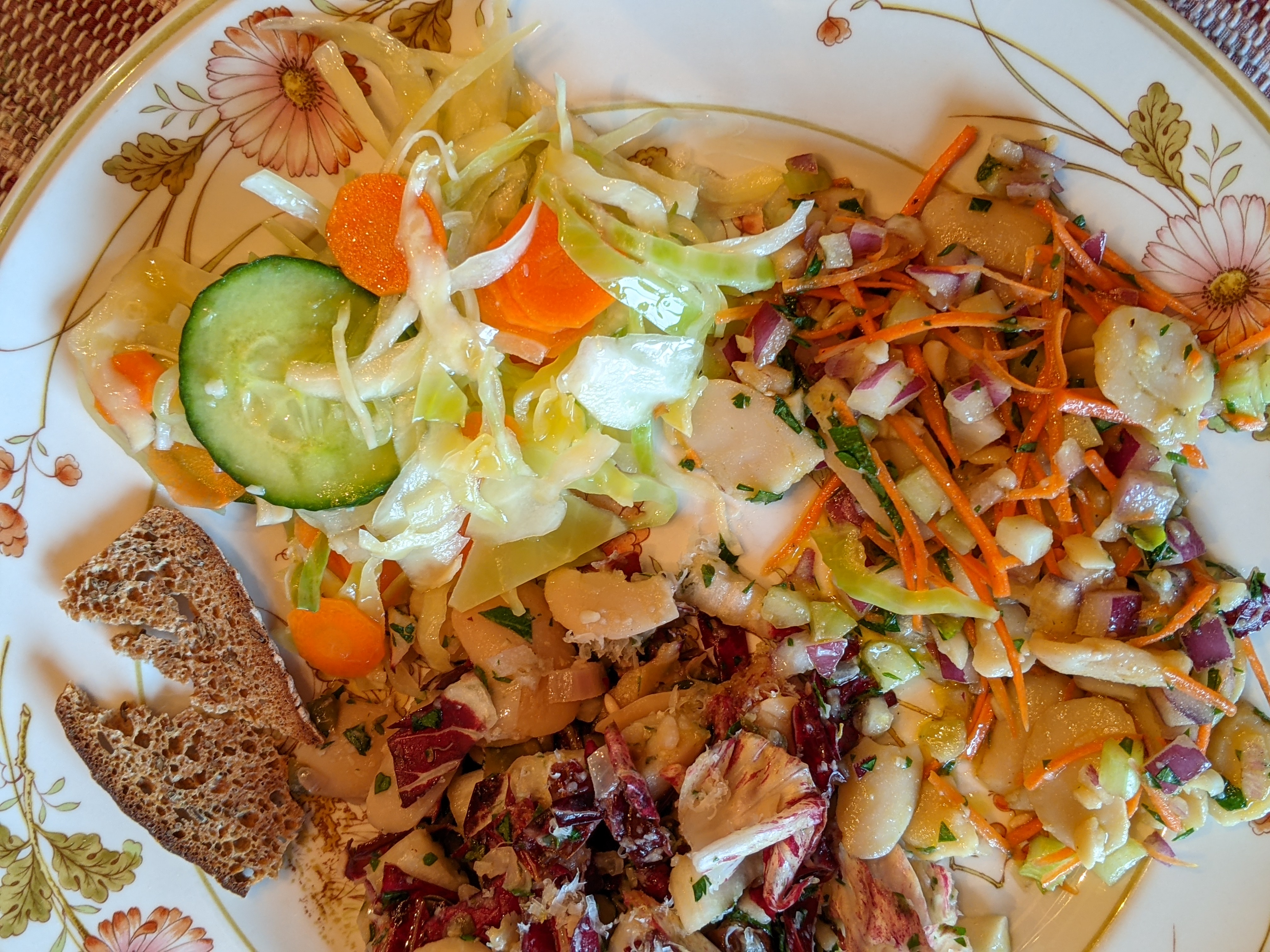