Pan-Roasted Cod with Cannellini and Vegetables

To complete the weekend’s food adventures, I chose a small piece of fish — 0.3 lbs. of cod fillet.   The meal has its origins in the foods of the Catalan and Basque regions of Spain.  Ever since I first tasted baked bacalao in Barcelona, I have had a new appreciation for the delicacies of cod — both fresh and dried.  Barbara won’t eat it normally, so since she is still vacationing, it was a good time to indulge my preferences.

Preparing the fish is a little tricky, but not that hard.  I simply coat the fillet with Spanish olive oil, dust liberally with sea salt and black pepper, and then add smoked Spanish pimenton on top.  Fortunately, I have a heavy carbon steel skillet which is well-seasoned, so it was easy to sear the top of the fillet until browned (without it sticking), then turn it over, turn the heat down, and cook until flaking and tender, but not overdone.  The last few minutes was assisted by my adding some of my ever-present cannellini beans this weekend, along with their broth, to keep the fish moist and succulent.

The rest of the plate was filled by reheating the Greek vegetables from yesterday, and grilling a piece of my Triticale bread, on which I had spread a roasted peppers and almond milk ricotta purée.  For the wine, I chose the easy (perhaps not optimal) route of the i Clivi Friulano, which I opened at lunch with the risotto.  It was an attractive and satisfying meal. 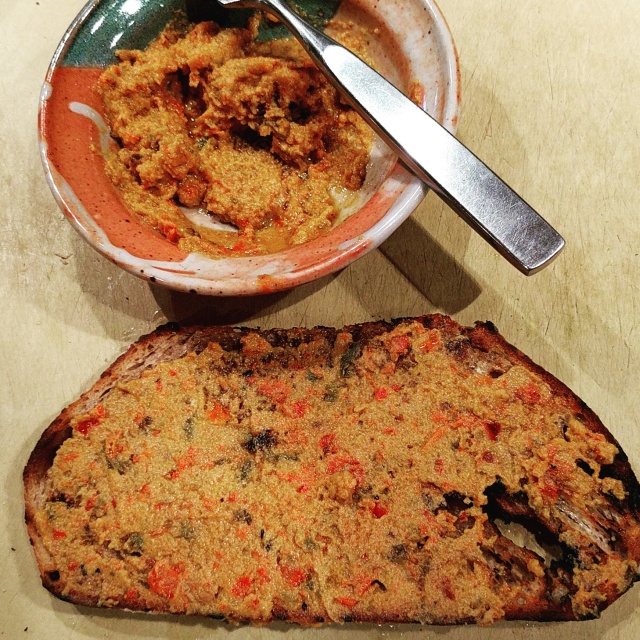 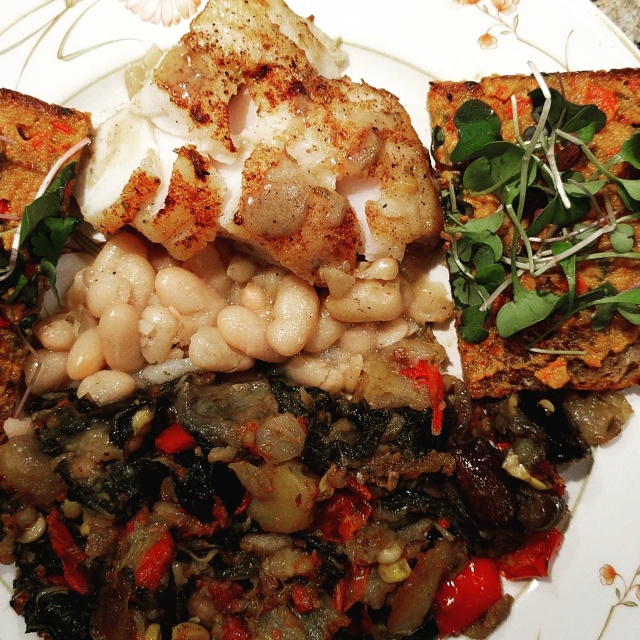 cod with vegetables and grilled bread

This entry was posted in Food, Greek food, Vegan, Wine. Bookmark the permalink.