The previous post began my attempt to play catch up with this month’s food and wine.  Here are a few more highlights, mostly visual.

One of the stars is an easy baked vegetable dish from the island of Kea, in Greece.  The recipe, and the cookbook it comes from, are in the photos below.  It is marvelous the day it’s baked, and the versatile leftovers are even better the next day or two.

The Foods of the Greek Islands 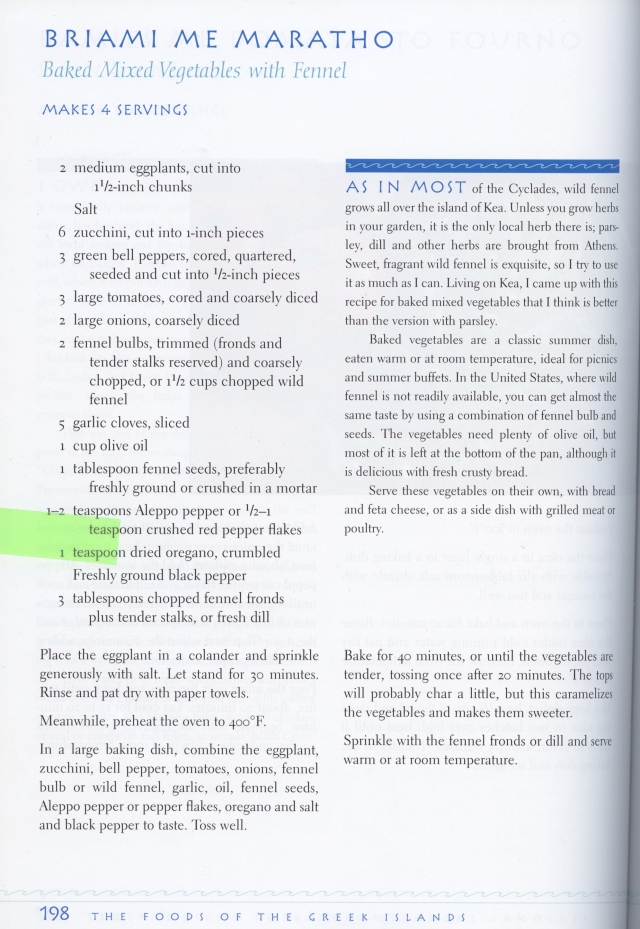 out of the oven

leftovers with toasted bread and olive pate, side of beets

January is great for soups.  It’s one of the best ways to survice the biting New England winters.  Ligurian soups, whether almost all cabbage, or cabbage with a bunch of other vegetables and croutons, are delicious.  I made both. 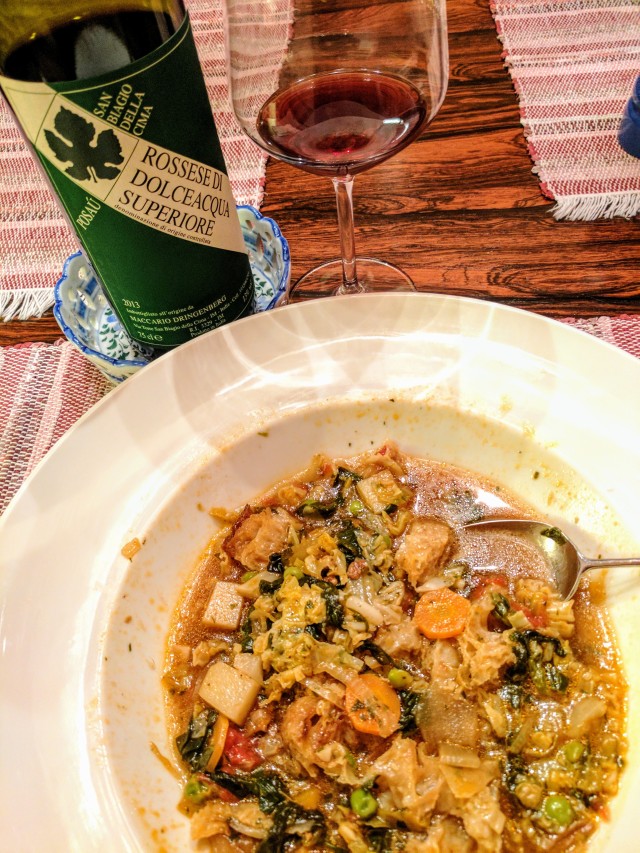 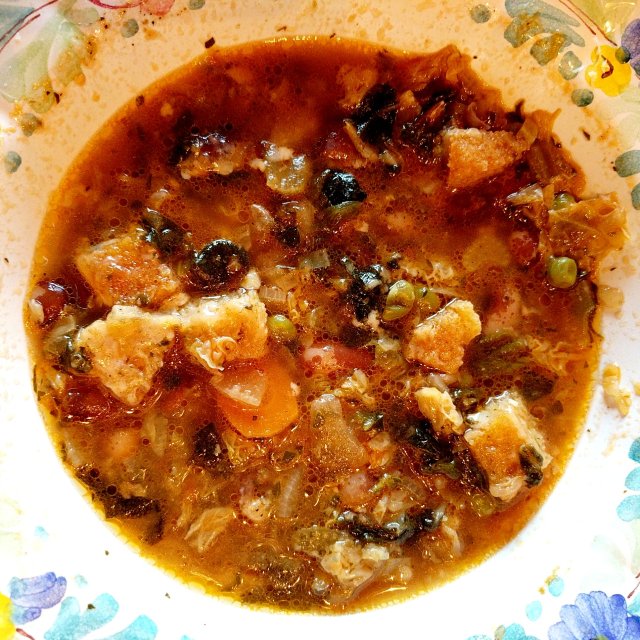 Country Italian breads are among my favorites, and I have several good suppliers for them.  We use them sliced and toasted, fried, or grilled.  Often they are topped with purées I make from grilled or roasted vegetables, such as sweet red peppers or eggplants.  For taste and texture, we add homemade white bean purée, black olive pate from Puglia (no capers or anchovies, just wonderful olives and the oil), and/or the almond milk ricotta, fluffed up with olive oil, salt, and pepper. 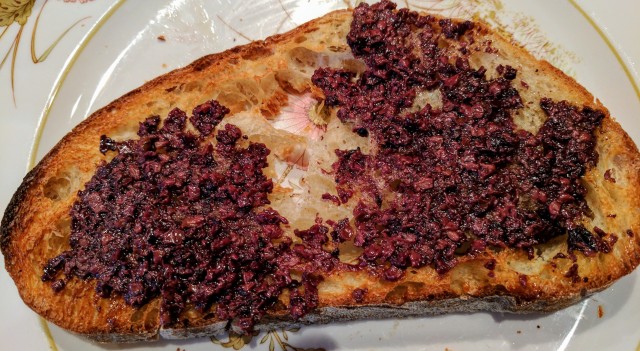 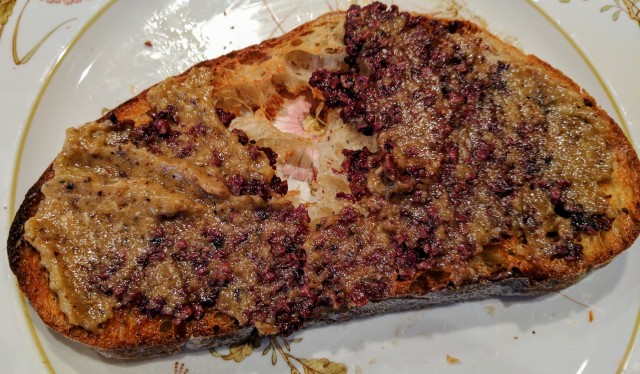 Here was a plate of Little Neck Clams, cooked with white wine and hot peppers, atop some leftover pasta noodles.

The kitchen and dining room are always cheered up with the colors and aromas of good wine and fresh flowers. 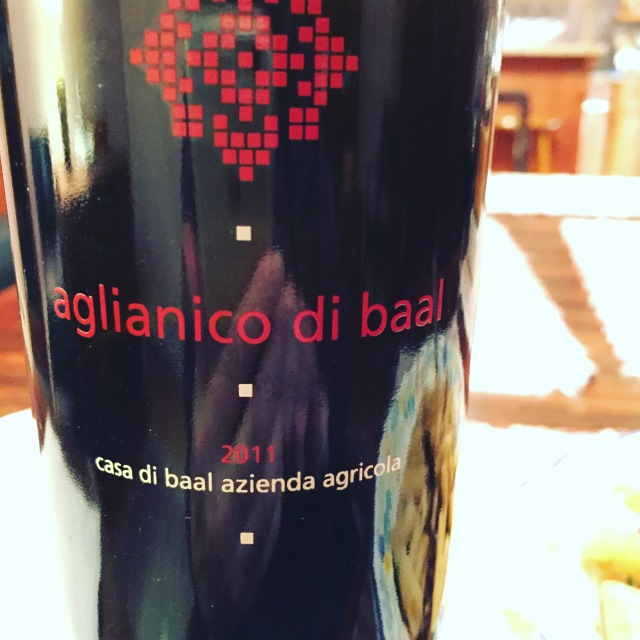 Our friend Chris came last week for food and wine with us, and he was kind enough to bring some crabmeat (which Barbara made into crab cakes).  A few days later I stopped by his fish market, and he was preparing a small frozen Spanish octopus.  He offered me one of the legs, and I had great success following his guidance for cooking it.

The first step was making a Court Bouillon.  That was easy, once I decided which of Craig Claiborne’s versions I liked better, and of course, I consulted Julia Child on the topic as well.  After straining out the vegetables, I inserted a small wooden skewer inside the octopus leg, to keep it from curling up.  Then, it was poached in simmering liquid (Bouillon).  Chris had suggested about an hour, but it was rubbery at that point, so I kept going.  After a total of 90 minutes, it was just right.  The last step was letting it cool, removing the skewer, and tossing it with olive oil, salt, and pepper.  Placed on a very hot gas grill for a few minutes on each side, it developed a lovely char.  Sliced, more olive oil, some squirts of lemon juice, and I had the real thing.  As good as any restaurant in my memory.

slices of octopus from the grill 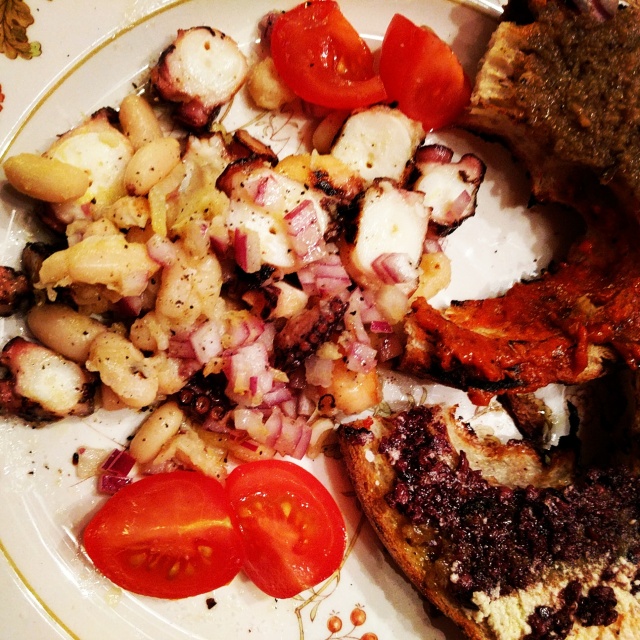 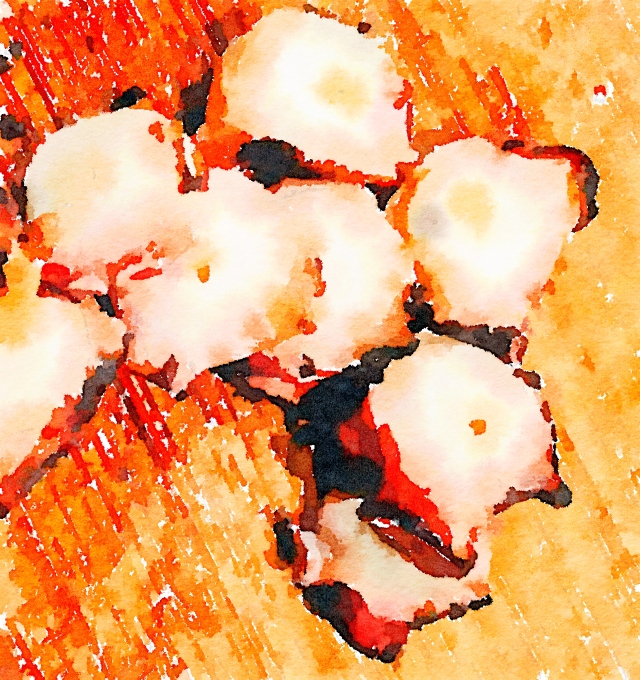