Today was a little weird.  Last night we created and hosted a dinner for 10 of us, so with cooking and cleanup, neither of us were interested in cooking much today.  Around 3 PM I was getting hungry for pasta, so I decided to do vegan mac and cheese.

At Formaggio I had found some superb California-made organic pastas, brand name Baia.  The little Sardinian-like gnocchetti shape appealed to me, so I chose that for my base and cooked them until al dente.  I had one more container of Kite Hill Vegan Ricotta, so I whipped it up in a small food processor, adding Ligurian olive oil, a little leftover cooked spinach, and salt and pepper.

I was in a cheesy mood, so I took the few bits of good remaining Pecorino I had saved (I told you it’s almost-vegan), and grated it into a bowl.  I added the cooked pasta, the vegan cheese-spinach mixture, the Pecorino, olive oil, salt and pepper — and mixed them all together.  That mixture was spread into a small gratin pan, sprinkled with toasted bread crumbs and a little more oil, and baked in a 425º F. oven until toasty brown on top.  I restrained myself to only 3 helpings (each smaller than its predecessor), accompanied by a couple of glasses of Calabrian wine — Savuto from Odoardi. 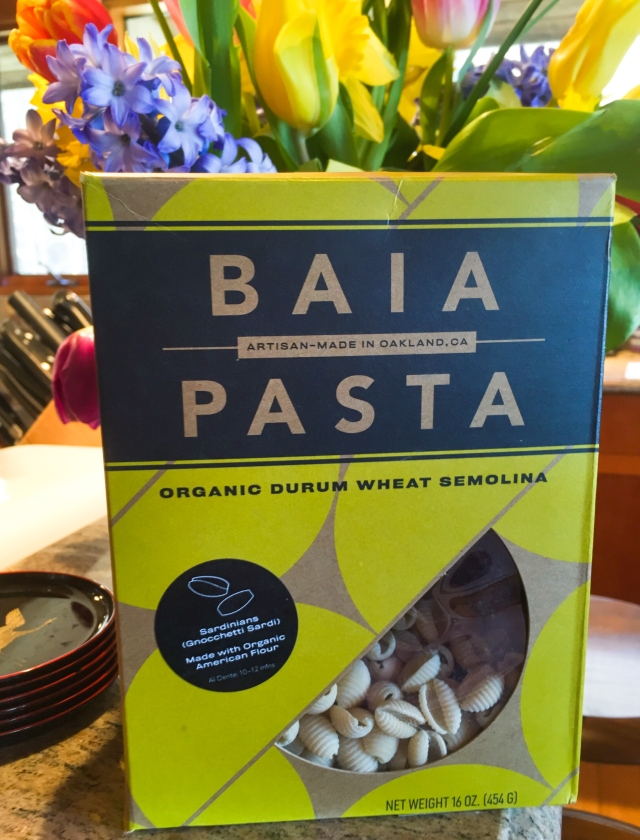 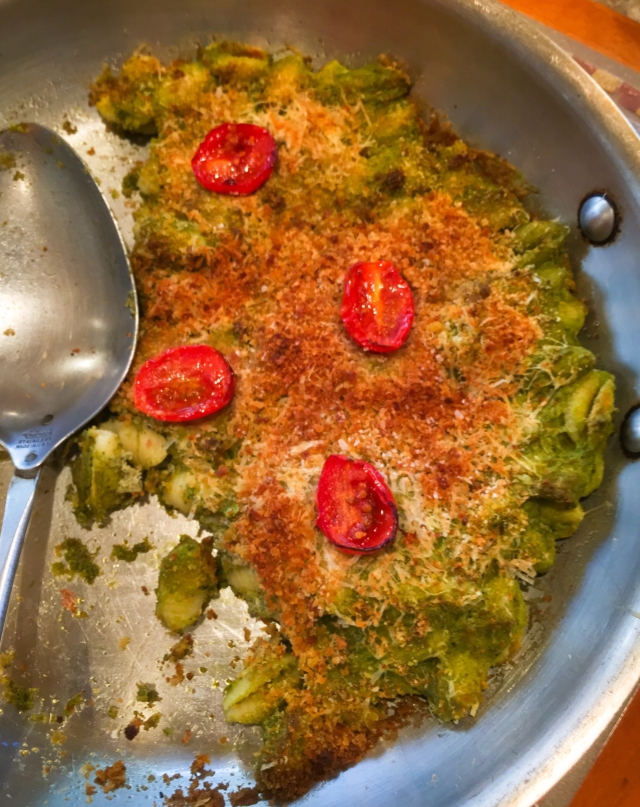 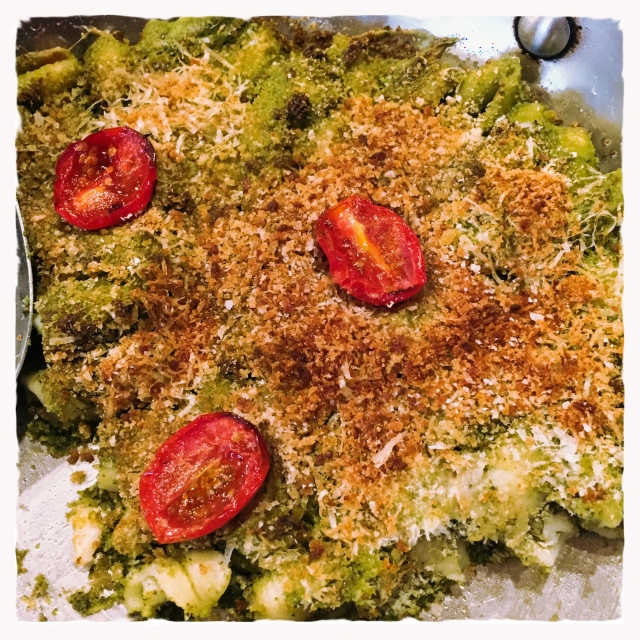 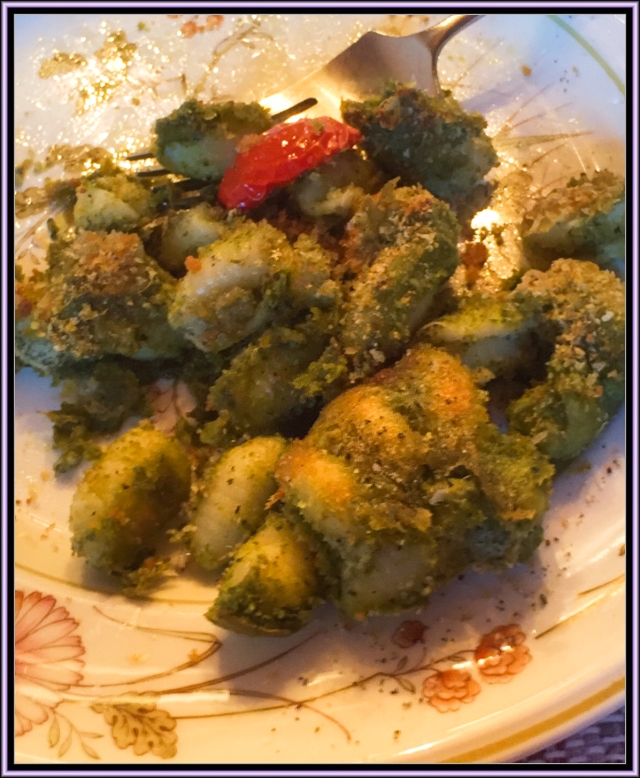 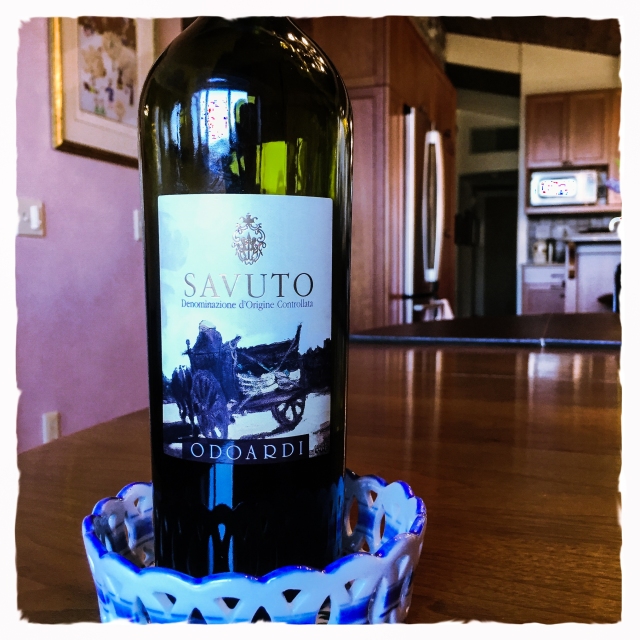