If you ever have the desire to make a vegetarian/vegan pasta dish with meaty flavor and texture, worthy of a good red wine, you might try the pasta dish I made for dinner tonight:  Gigli with King Trumpet and Oyster Mushrooms Grilled a la Plancha.

First a little terminology: a La Plancha, Spanish, for grilled on a metal plate.  Next Gigli, a pasta in the shape of a bellflower, in this case, from Naples, and organic.  Also known as Campanelle, it is delicious with a variety of sauces.

Last week I was shopping at Russo’s — always a treat.  I was able to find 0.57 lbs. of gorgeous Oyster Mushrooms and 1/2 lb. package of King Trumpets, for a grand total of a little over $6.  Tonight I had no idea what to make for dinner, so I finally decided to grill the mushrooms on a cast aluminum griddle, heated at very high temperatures on my gas grill.  The King Trumpets were sliced in half or thirds, depending on thickness, and tossed with olive oil, sea salt (Slovenian), pepper, and Pimenton.  When those were well-browned on both sides, I did the same with slices of the Oyster Mushrooms, omitting the Pimenton but adding Garlic Granules. Finally, I cut two thick slices of a Vidalia Onion, and grilled those on each side until tender.  The onion was chopped up and added to the pasta, mushrooms, more olive oil and salt, and a little of the pasta water.

This was topped with some good grated Pecorino (not Romano)  served with a 2011 Barbera d’Asti by Michelle Chiarlo, and indeed, the flavors were rich enough to go with a good Brunello or Morellino di Scansano as well. 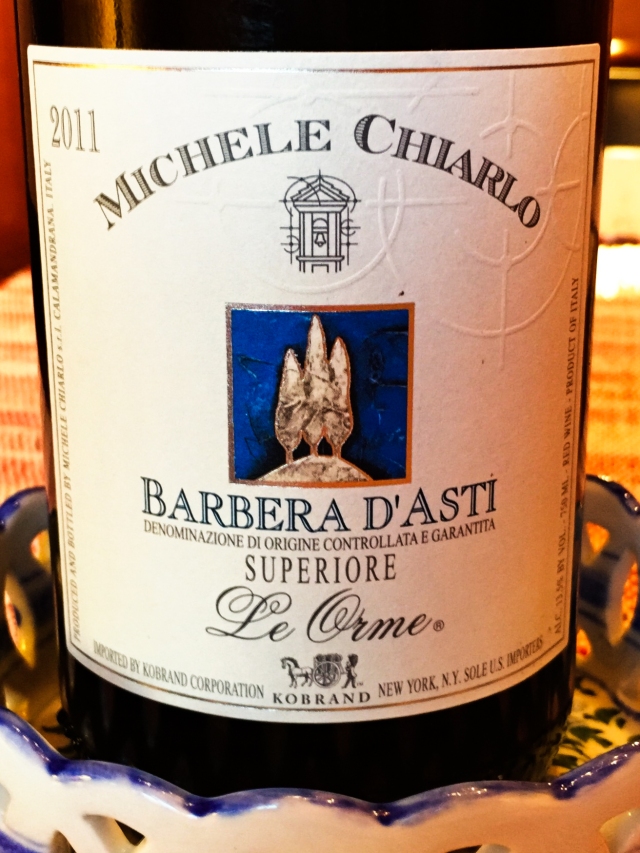