I am back again, this time with sour beer…

Sorry to be offline for so long.  Been busy with teaching, then a 12-day trip to Spain & Portugal, which I will write about later.  Today’s post is about Sunday lunch, and a new libation which Aaron introduced to me: sour beer.

This is soup weather to me.  Cold, damp, and gray.  Last night I made a Ligurian garlic and greens soup from Zuppa!, an old Romagnoli’s cookbook.  It featured lots of vegetables, including Savoy cabbage, Swiss chard or spinach, potatoes, turnips, peas, carrots, onion, celery — you know, the usual suspects — plus lots of garlic and parsley.  For lunch today I reheated a bowl’s worth, after adding some cooked Controne white beans from Campania and several glugs of Ligurian olive oil.  To accompany it, I tried my first sour beer, and I was delighted with the flavors, and how well it matched.  The beer was Geisterzug (“Ghost Train”), under the label Freigeist, from Germany.  It was described to me as sour and salty — but it is very much to my taste and much better than it sounds. 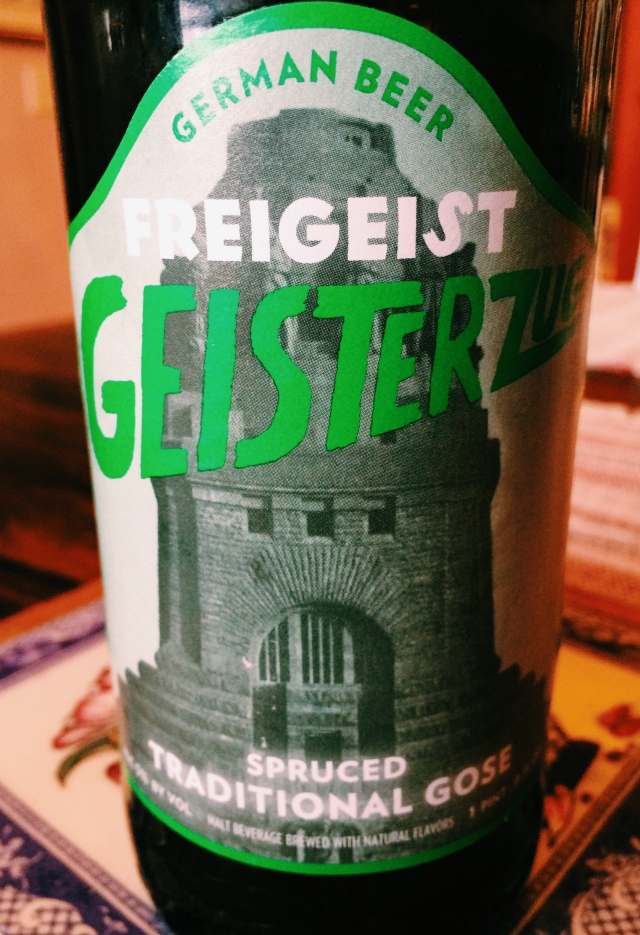 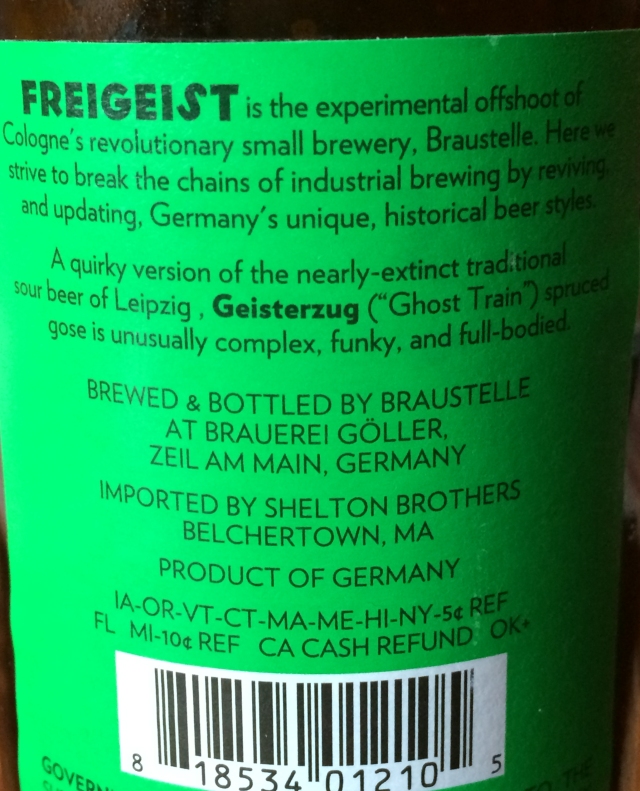 To accompany this meal. I actually had a very good small-batch corn tortilla, rolled up with a bit of guacamole, hummus, Jarlsberg cheese, and cavolo nero inside, along with a squeeze of fresh lime.  At the same time I could look fondly at two new loaves of my whole wheat levain, baked this morning and cooling on the counter. 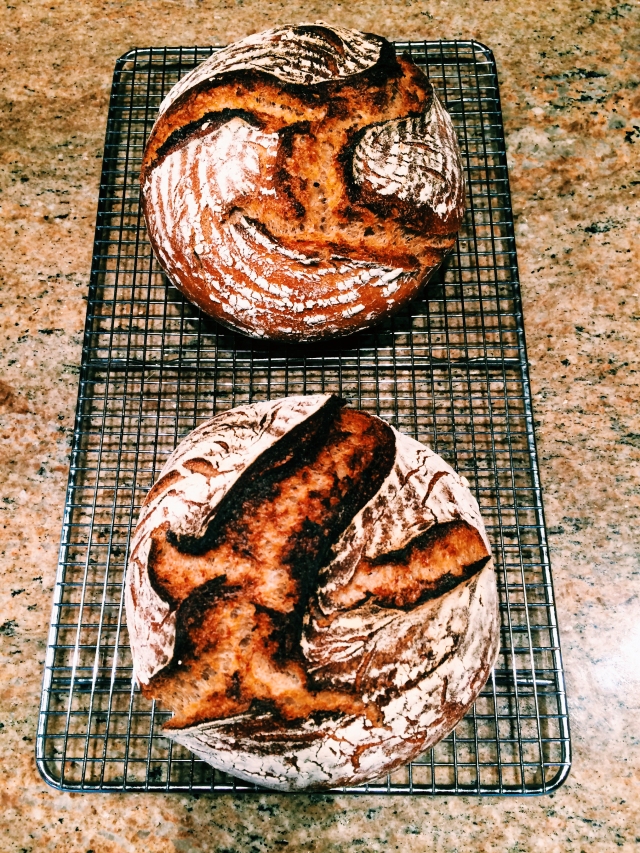 This entry was posted in Almost-Vegan, Beer, Food, Vegan. Bookmark the permalink.