Some weekday pasta dishes are like old Italian houses.  The main ingredients only need a few repairs, more stucco, and a fresh coat of paint to be charming.  Such was supper tonight.  I was a t school most of the day, and Barbara was off early this evening to her quilt guild meeting, so I was on my own.  I decided to use the vegetables she had baked in a pasta-less lasagna dish previously described.  It had eggplant, Swiss chard, grilled onions and eggplant slices, garlic and tomatoes, baked for some time.  I pulled off and discarded the melted mozzarella, which was no longer appealing, chopped up the vegetables a bit, stirred in some red pepper purée made over the weekend from fresh grilling peppers, and warmed it for my sauce.  To add a little zing, I chopped up one small Calabrian chili pepper stirred it into the sauce.

Next step was choosing a small amount of pasta (~120 g.), from several packages partly-used previously.  The winner of this lottery was Pennone, an organic Pasta di Stigliano, in Basilicata, not far from Matera where we visited a few years ago.  At this point, while the pasta was cooking in well-salted water, I was feeling transported to southern Italy.  I decided to complete the trip with wine and olive oil from Calabria, specifically Odoardi Savuto and olive oil, imported by Jan D’Amore, to go with the hot pepper.  It was great. 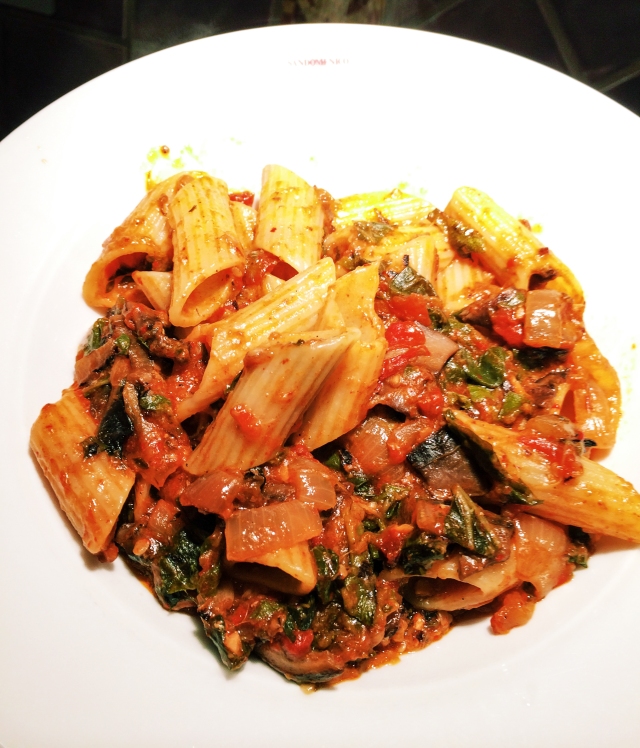 Finally, I wanted to show you just a few other treats garnered over the past week: 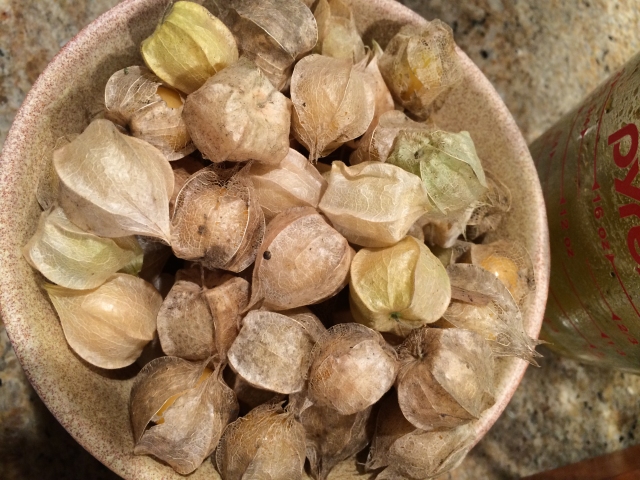 This entry was posted in Food, Uncategorized, Vegan, Wine. Bookmark the permalink.