Last Sunday Sarah and the boys came for pizza.  Since I already had two successful rounds of bread making with Ken Forkish’s methods, I decided to try his pizza dough made with levain (including 20% wholewheat flour instead of 100% white flour), but otherwise similar to the yeast version that Pat introduced me to last month.  To play it safe we decided that Barbara should also make a batch of her traditional pizza dough as well.

Usually, each person prepares his or her own pizza for me to fire in the oven, then I do mine at the end.  This time, because we wanted quick feedback on the new dough, I did mine first.  My toppings were relatively simple:

The oven was super-hot and ready.  The results looked ideal, lots of leopard-spotting on the crust, toppings cooked perfectly.  I ate half and saved the rest. 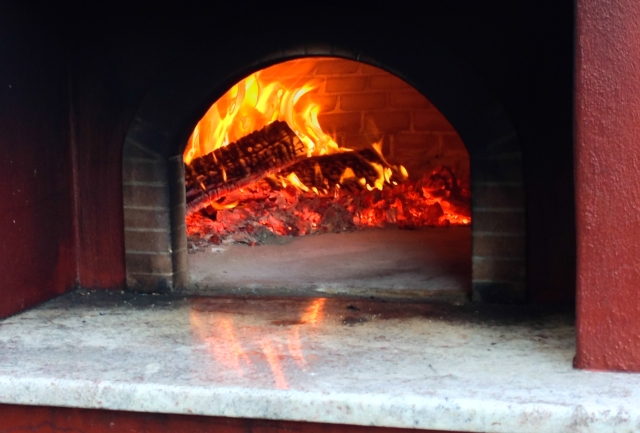 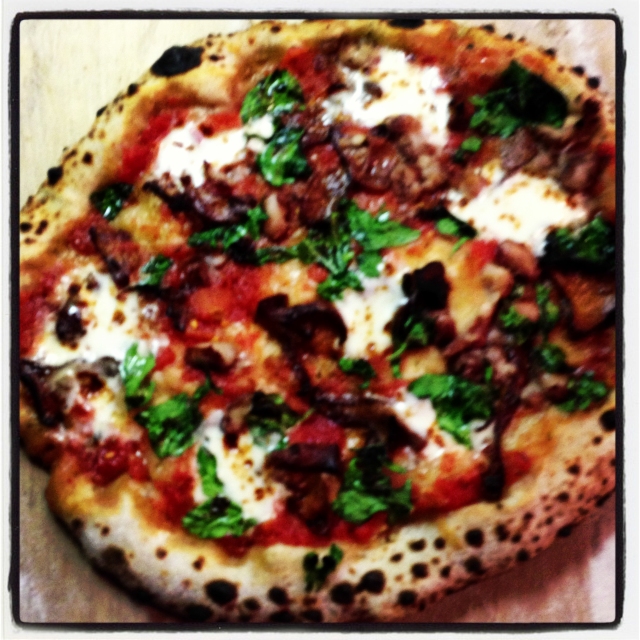 The dough had lots of flavor from developing in the refrigerator for two days.  My only complaint was that the crust was not as thin and crisp as I had hoped.  Since Barbara is better at dough handling than I am, she did the next pizza featuring mushrooms, onion and garlic.  Again the looks were near-perfect, but the dough still not crisp enough. 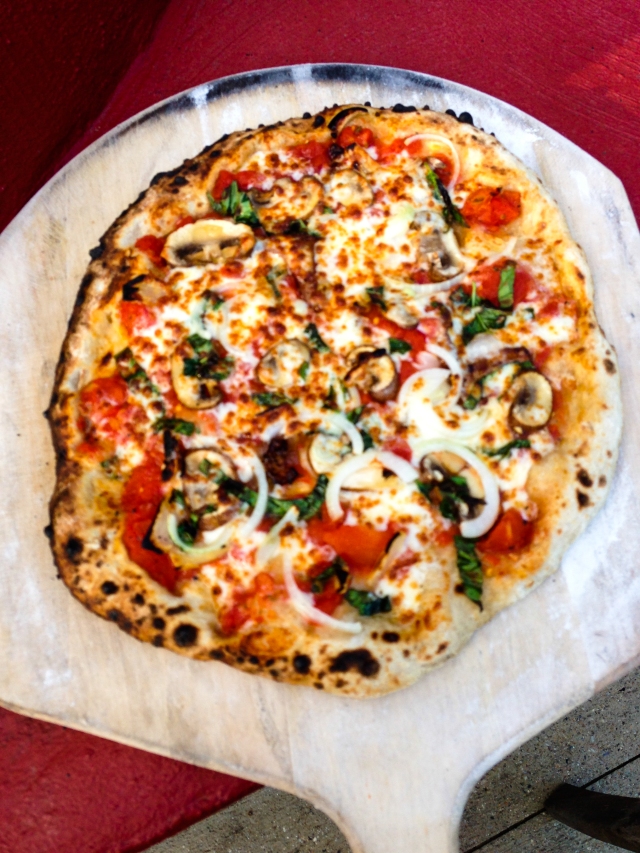 We proceeded with more pizzas, this time with our normal dough, with very good results.  Barbara made lemon squares for dessert, and everyone was happy.

After the family departed, the oven was still reasonably warm (~650º F), so I decided to make a mini-focaccia with one of the Forkish dough balls.  I pressed it into a ovalish rectangle, kneaded in some olive oil and sea salt with my knuckles, sprinkled on some fresh rosemary from the garden, and slipped it into the oven.  Five to six minutes later it was ready.  This had the same rich whole grain flavor, thickness was a value — not a detriment here — and the chewiness was just right.  I ate a little that night and saved the rest for the next couple of days, when a refresh in the toaster made it delectable on its own. 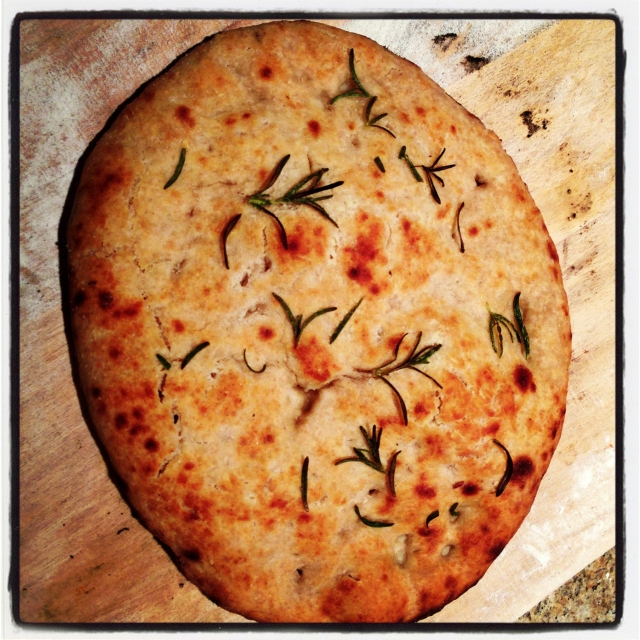 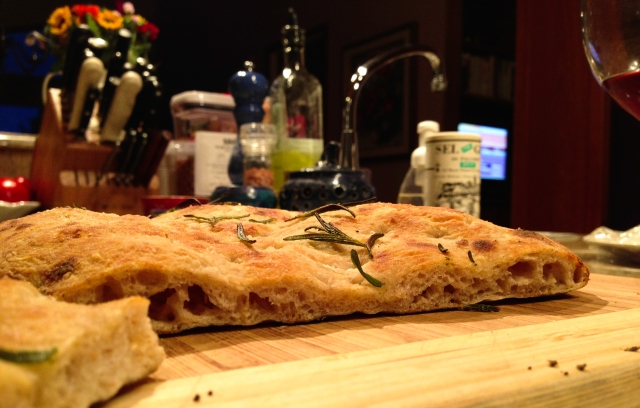 This entry was posted in Almost-Vegan, Family, Food. Bookmark the permalink.