Thursday was our 48th wedding anniversary.  I was teaching that day, and my wife was on the island, so we deferred our annual special dinner to Friday, when I could join her for the weekend.  As they have for at least the last ten years, Company of the Cauldron made another amazing dinner for us.  This is the third time they have found a way to make their regular fixed menu into vegan dishes for us.  The highlight was a Roasted Hearts of Palm with Mustard and Panko Crumbs on a bed of Broccolini and mixed rices with baby corn kernels.  (The other diners had halibut that night, also very good, but not quite so inventive.)

However, the real star of the weekend was dinner at home on Saturday night, and another Marcella dish from yet another of her cookbooks which I have been neglecting over the last several years. Marcella Cucina (1997).  Here is the book’s photo of the dish, Baked Tomatoes Stuffed with Salmon, Garlic and Capers.

As usual, my menu choices were ingredient-driven.  Since I was on the island for a few days for the first time since the Fall, I stopped at our favorite fish market, East Cost Seafood, or 167, based on the street number.  Yes, I know we are vegans.  However, Bill has been a friend and seafood supplier for over 20 years, and he also graciously accepts package deliveries for us (since UPS and FedEx can’t find our part of the island).  He also runs the best seafood market in the country, from my point of view.

So on the way home from the ferry, we stopped to pick up a small package, and I bought almost 1/2 lb. of his superb wild Scottish salmon (0.43 lbs. to be exact), plus almost 1/4 lb. of the local bay scallops, easily the best in the country.  I did not know what I planned to make until later that afternoon.  When we read Marcella’s recipe, we were both anxious to try it, and I’m so happy we did!

Having done several good beet salads lately, I proposed — and Barbara executed — this dish, after I had steamed the beets that afternoon: 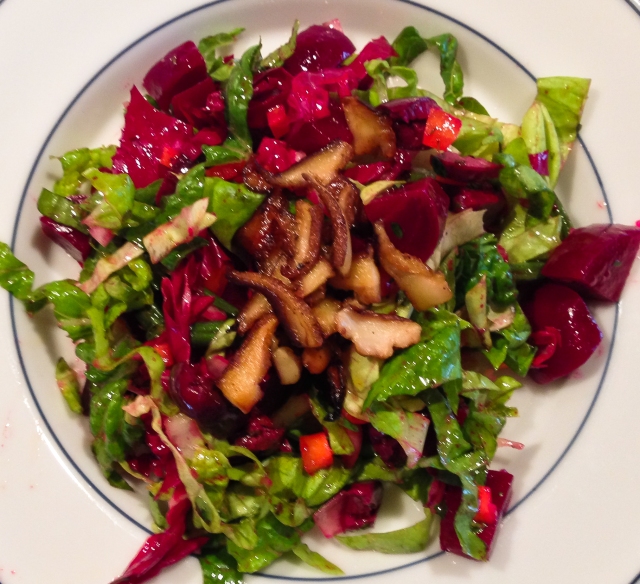 I did the Baked Tomatoes, as prescribed.  Since there were eight tomato halves, cut from four organic tomatoes, I computed that we were eating only 24 grams of animal protein per tomato half, clearly well within our limits of “small quantities”.  This was one of the best dishes of any kind I have eaten in years, and I will certainly do it again.

The wine was a 2011 Failla Pinot Noir (Sonoma Coast), left over from the restaurant the night before.  It was perfect for both the Beet Salad and the Tomato/Salmon dishes. 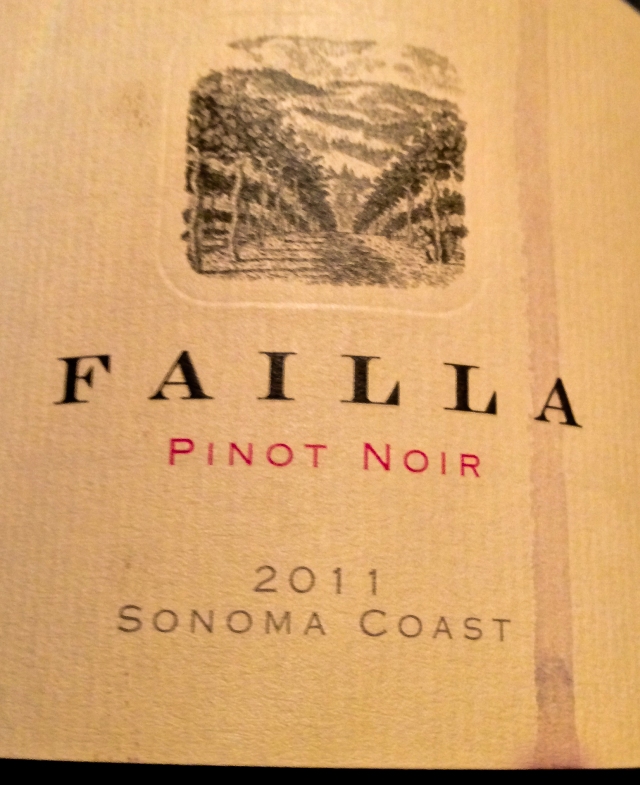 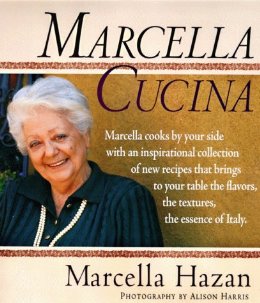