It’s February in New England.  It’s snowing (again).  It’s cold outside. And my body is running seriously low on Vitamin B-12.  How do I know?  Well, there’s this flashing neon sign on the dashboard…actually the warning signals are in my mouth.  Even though I now take twice as many B-12 supplements as before, since becoming a vegan, it’s the only nutrient I sometimes find wanting, since it is not available from plant sources.

So in the past few days I have embarked upon an emergency therapy treatment of my own design.  Fortunately, it involves ingesting some of my favorite foods from non-vegan times, so even if it didn’t work, it would taste good.

A couple of days ago I bought 8 superb oysters, and I ate 5 of them on the half shell, nested in a plate of snow leftover from Blizzard Nemo.  Just a squirt of lemon and a glass of Pinot Gris were all they needed.  Barbara had pan-roasted salmon that night, of which I received a small piece, as well.

More therapy: today’s lunch.  Barbara was off for a few hours, having lunch and a play date with Big D (as opposed to Little D, which I often am).  So with no one around to object to the kitchen smells, the quantities of olive oil and salt, and other pleasures, I made a lunch of broiled fresh sardines and a bowl of linguini and littleneck clams. 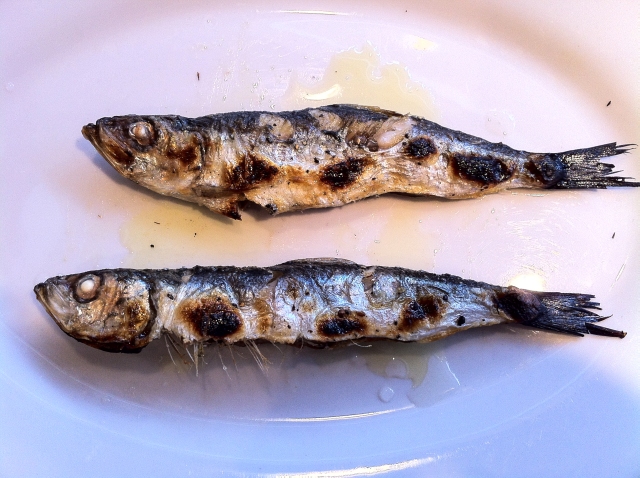 On the theory that it was already 12:30 (past Noon in the Canadian Maritime Provinces), I had a glass or two of a 2007 Santorini wine, from the Asyrtiko grape, still young and fresh for a 6-year old white wine. 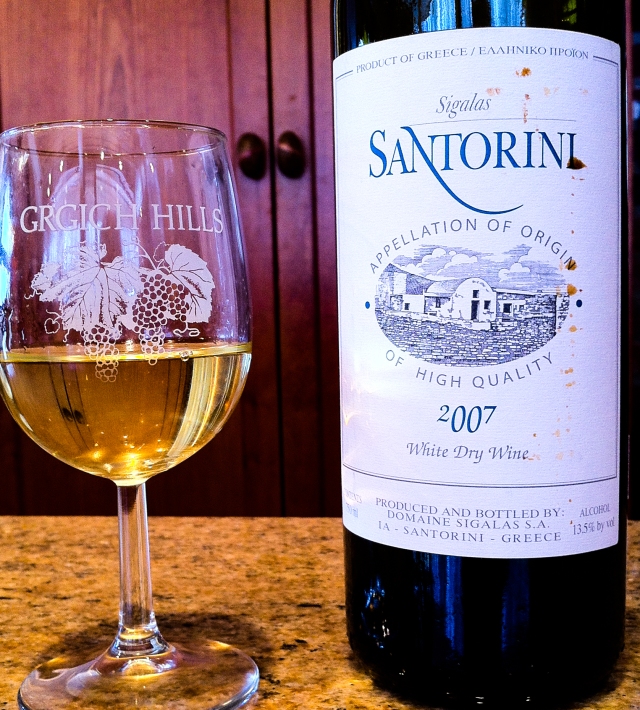 Sardines and clams have two of the highest concentrations of B-12 of any foods, at 9 mcg. and 11 mcg. per 100 grams of each.  I figure that’s enough B-12 to keep the engine running well for almost a week.  I didn’t weigh the sardines, but I would estimate my total lunch contained about 9 mcg. of the precious stuff, and complemented  by the wine, they were delicious.  If one of the five clams I bought at the fish market had not been bad, it would have been 10 mcg. in total.  Who could imagine I would worry about micrograms, when I consume so much produce, grains, beans, fruits and nuts?

This entry was posted in Food, Uncategorized, Vegan, Wine. Bookmark the permalink.