Sometimes, when I want a great dinner, one of the smartest things I can do is to stay out of the kitchen and let Barbara invent.  Tonight was one of those times.

Since I had cooked last night (a Ligurian Torta di Riso, perfectly described in Italicious, one of my favorite food blogs, along with a green salad and a glass of Polvanera Minutolo),  AND since it was Father’s Day, Barbara announced early, “I’m planning to cook tonight, but it has to include tofu…”  My contribution was to suggest that I had been re-reading one of my old cookbooks, San Francisco Encore (ca. 1986, by the Junior League of San Francisco, of all things), and I had seen a good recipe for curried vegetables.  That was enough…she was off and running.

Of course, curry suggests chutney, so the next step was to find something to fill that need.  Our last jar of Major Grey’s Chutney had been thrown out several years earlier, after serving about a decade in the refrigerator, having being used twice.  No need for concern: Barbara would create her own.  So now we have a recipe for Major Barbara’s Chutney: 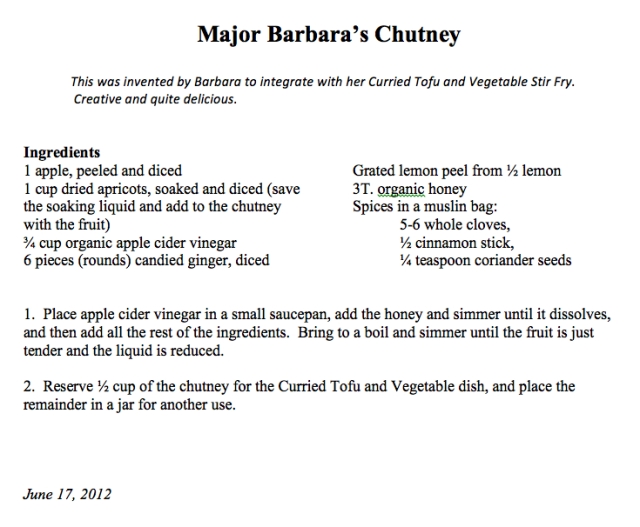 A little over an hour later, the complete dish arrived, fit for a Maharajah on Father’s Day.

and after carefully debriefing her, I can share that recipe with you, too.  I can report that the Minutolo (Fiano grape) was a good match here, too. 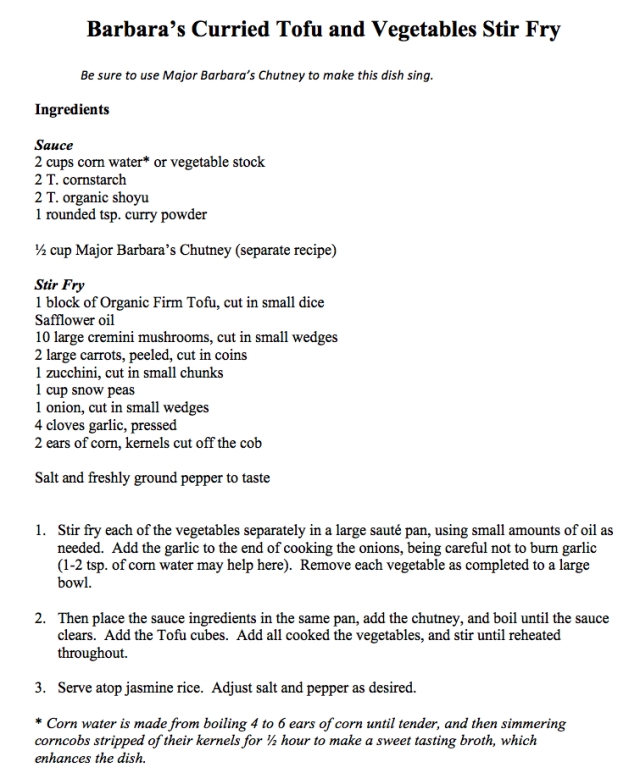 This entry was posted in Family, Food, Vegan, Wine. Bookmark the permalink.