Grouper…and Praise of the Braise

Grouper.  Epinephelus striatus.  Or Grupah, as we say here in Bah-stin.

Saturday lunch is often fun, because there is time to fiddle around with what’s available and make something interesting.  In this case, working with two ingredients and one technique, it worked out well.

Of course, you know me well enough to understand it was not quite that simple.  The 3/4 lb. fish fillet was straightforward.  The leftovers were, too, if you happen to have Nathan Myhrvold’s refrigerator (gross exaggeration).  The significant elements were things I had on hand after cooking some Chinese vegetables the past few days, namely Chinese Cabbage, and Yu Choy (sort of a cross between Chinese Broccoli and Spinach).

The cabbage had been braised in the oven for 1.5 hours using this recipe from Elizabeth Schneider’s Uncommon Fruits & Vegetables, A Common Sense Guide (1986):

And the leftover greens were done in a simple stir fry recipe, found on the Internet: 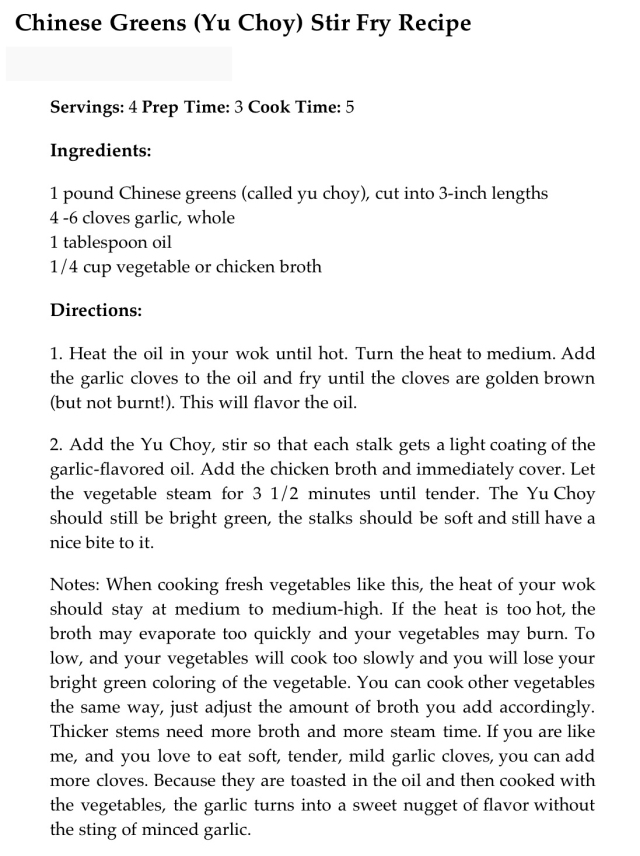 Putting it all together took less than  a half hour.  First, I browned the grouper lightly in a non-stick pan, then placed the fish atop of the leftover cabbage and greens.  Fortunately, I also had some peeled oven-roasted sweet peppers (done as Steve O. showed me a couple of summers ago in Little Compton) and some leftover fish broth (a court bouillon used to poach halibut fillets two days earlier), which I also added to the pan.  Placed it all in a preheated 350 degree oven for about 20 minutes, and Voila!

Since we were off to Erica and Mike’s wedding later in the afternoon, I settled for one glass of a flavorful Oregon white wine — Evolution (12th edition) — a radical and eclectic blend of nine grapes: Muller-Thurgau, White Riesling, Semillon, Pinot Gris, Gewurztraminer, Muscat Canelli, Chardonnay, Pinot Blanc, Sylvaner.  There wasn’t even room enough in my small glass for one of each grape!  But it worked well anyway.

This entry was posted in Food, Wine. Bookmark the permalink.

1 Response to Grouper…and Praise of the Braise