…dinner at the end of the holidays

It’s a Sunday night, the holidays are almost over, and it’s time for some invention at Le Bistro Weiss.

Through a remarkable effort in favor of co-existence in the same kitchen at the same time, Barbara and I produced a two-course dinner for the two of us to complete the festivities.  She did a reprise of the Jade Dumplings from New Year’s Eve; this time I was able to record it with photos to highlight her technique.

My effort was to create a new dish, based on what was available in the refrigerator and freezer.  I call it “Pasta Italo-Basquaise”, mostly because it has that feel to me, considering the ingredients, flavors and wine pairings. 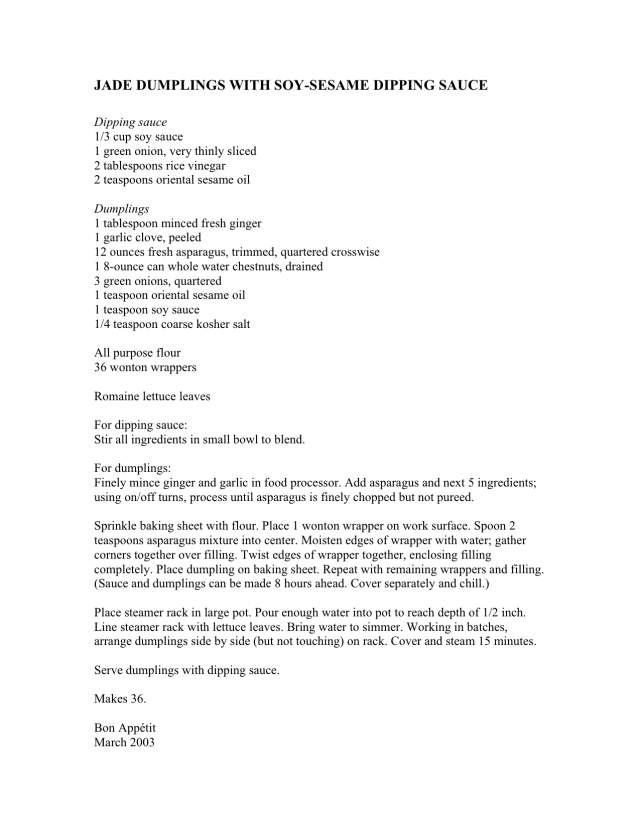 or as a Word document below: 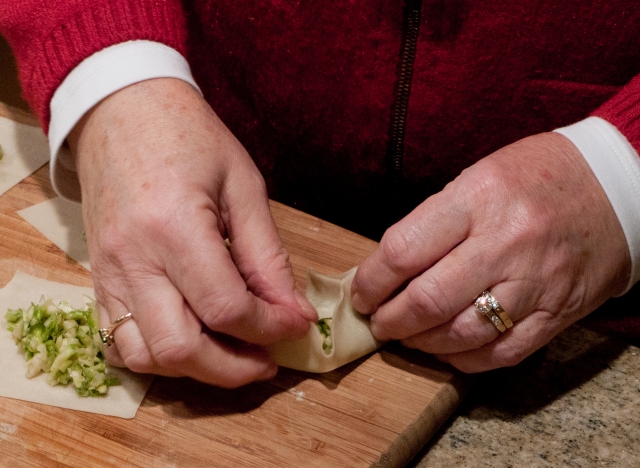 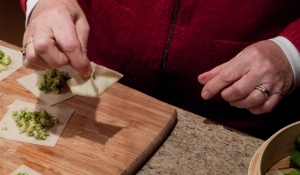 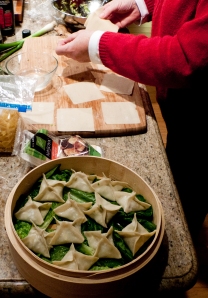 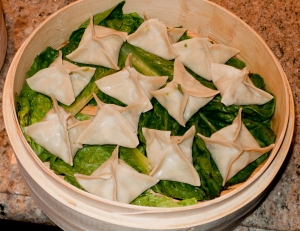 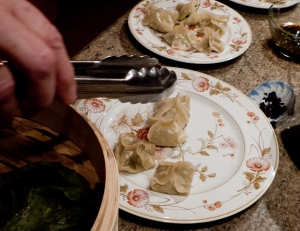 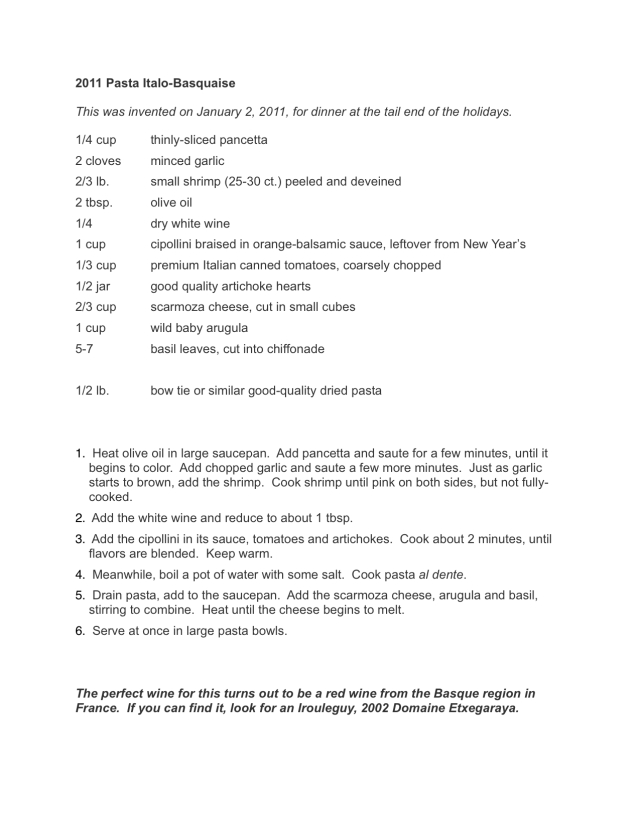 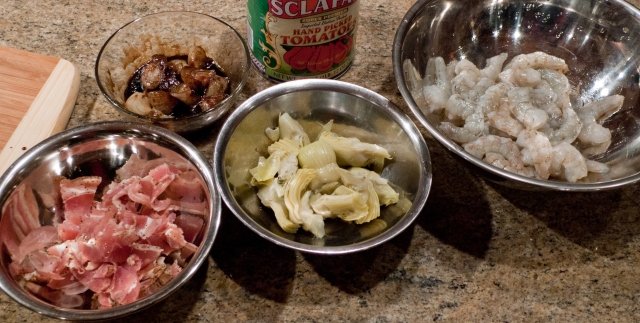 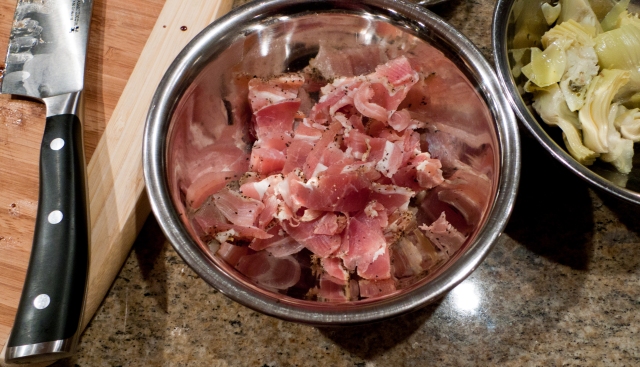 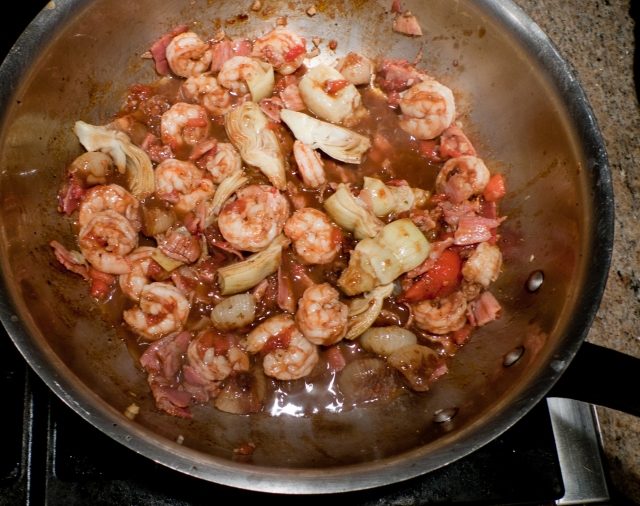 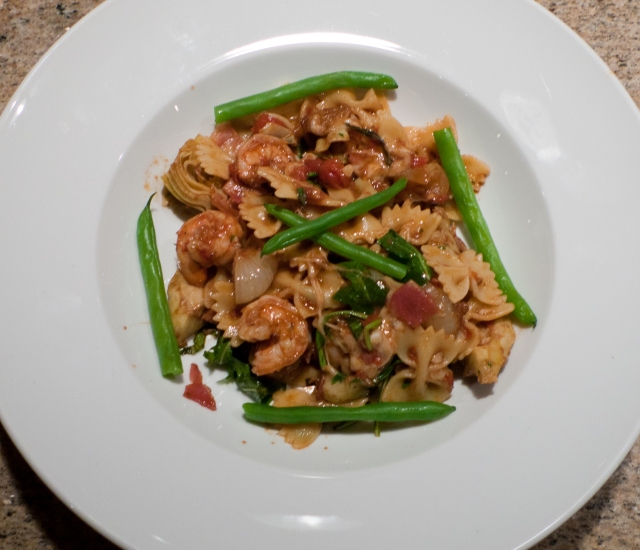 The wines were a bit harder.  My first instinct was a mature white from Umbria, a 2000 Salviano di Salviano, a powerful blend of Sauvignon Blanc and Chardonnay. 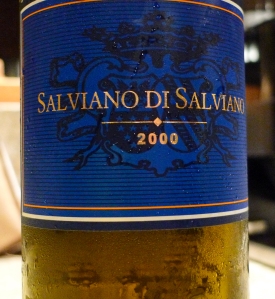 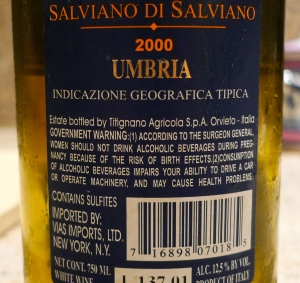 Acceptable, but perhaps too lemony or astringent.  My next try, however, hit the spot:

2002 Domaine Etxegaraya Irouleguy, from a remarkable Basque village on the French side of the Pyrenees, with more good wines and unusual grapes than I would run across anywhere in the US, except for Tom Ciocco’s blog, Exalted Rations.  The Tannat grape turned out to be just right for the orange-balsamic-tomato combination in the sauce.

This entry was posted in Food, Wine. Bookmark the permalink.